Palm fringed beaches, medieval temples, sprawling plantations and warm welcoming people; Sri Lanka is a traveler’s dream.  From history buffs to adrenaline junkies, jetsetters to backpackers, no visitor to the Pearl of the Indian Ocean will leave disappointed. Get set to have the time of your life with our incredible Sri Lanka holiday packages 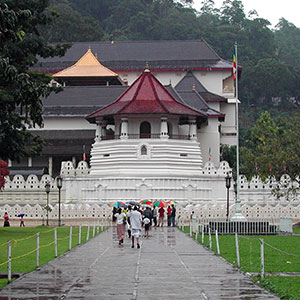 En route Pinnawela, Pinnawela Elephant Orphanage - Started in 1975 to house the abandoned and the wounded, the orphanage has grown to be a big family today. 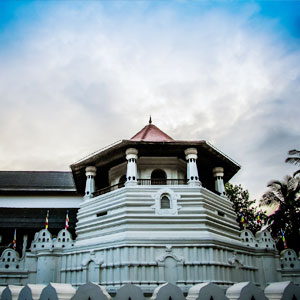 After breakfast visit to the Royal Botanical Gardens at Peradeniya. 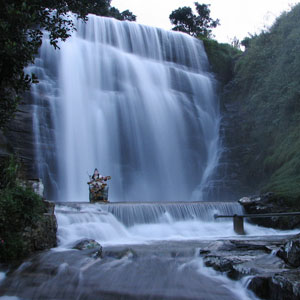 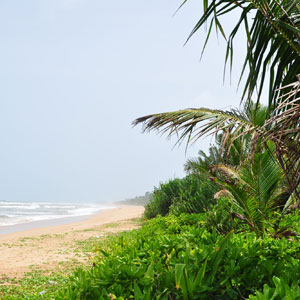 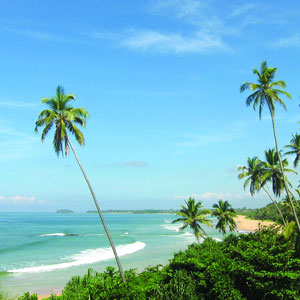 After breakfast proceed to Galle. Boat ride at Madu Ganga River in Balabitiya. 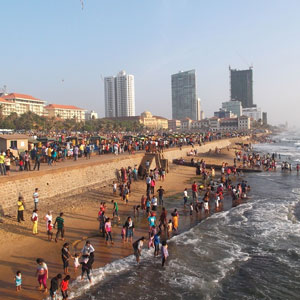 AM After breakfast transfer to Colombo. Check in to the hotel. 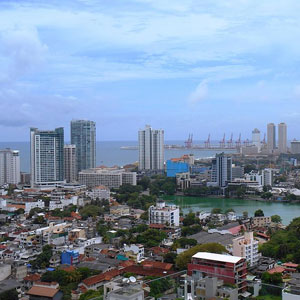 En route Pinnawela, Pinnawela Elephant Orphanage - Started in 1975 to house the abandoned and the wounded, the orphanage has grown to be a big family today. The number of elephants has increased to more than 65 now, including baby elephant brought from various parts, as well as 14 babies born as a result of the captive breeding program. The best time to visit is the feeding time and the bathing time when the elephant is taken to the river close by. A unique experience never to be missed. Visit a Spice Garden at Mawanella - and see the luscious Cinnamons, Cardamoms, Pepper plants etc. You can also purchase your requirements for spices. Next proceed to Kandy. Check in to the hotel. Kandy - the hill capital. The last stronghold of the Sinhala Kings was finally ceded to the British in 1815. Kandy is an example of Buddhism’s influence in Sri Lanka today. Temple’s shrines and monasteries keeping alive Buddhist traditions are everywhere. PM Leisure at Hotel. Overnight stay in Kandy.

After breakfast visit to the Royal Botanical Gardens at Peradeniya. Royal Botanical Gardens, Sixty Seven hectares of exquisite beauty and botanical treasurers containing more than 4000 species, this is the haven not only for Scientists but to every nature lover as well. PM Commence city tour of Kandy, including Upper Lake Drive, Market Square, Arts and crafts Centre, a Gem museum and a lapidary and the Temple of the Sacred Tooth Relic. Temple of the Sacred Tooth Relic - ever since 4th Century A.D, when the Buddha’s Tooth was brought to Sri Lanka hidden from sacrilegious hands in an Orissan princess’ hair, the Relic has grown in repute and holiness in Sri Lanka and throughout the Buddhist world. It is considered Sri Lanka’s most prized possession.

Gem Museum & Lapidary –Sri Lanka produces the finest quality of gem in the world. We mine semiprecious gems, the sapphires of Sri Lanka, which are very exclusive and comes in shades of blue, red, green, white…act.

5:30 PM Be a witness of the cultural show. Kandyan Dance is a dance form that originated in the area called Kandy of the Central Hills region in Sri Lanka. But today it has been widespread to other parts of the country.

After breakfast proceed to Nuwara Eliya, En Route Ramboda falls. Next visit tea factories and tea plantation. Nuwara Eliya - The ‘Little England’ of Sri Lanka, is set against beautiful backdrops of Mountains, Valleys, Waterfalls and Tea Plantations. It is supposed to be one of the coldest places on the island but is really just like an England spring day although the temperature does drop at night. All around Nuwara Eliya you will see evidence of the British influence. Houses are like country cottages or Queen Ann style mansions. Tea Factory or Tea Processing Center. There are hundreds of Tea factories in the Central Highlands, the Uva region and in the Southern parts of Sri Lanka. Some of these factories are situated in the breathtakingly beautiful landscape, surrounded by indeed serene green gardens of tea. A casual tourist to this island cannot call his visit complete if he does not pay a visit to some of them. Visitors to any of these Centers are normally treated with typical Sri Lankan courtesy and normally given an educative, guided tour on the various stages of tea manufacturing process. Afterwards, proceed to Nuwara Eliya. Check in to the hotel. Next visit, Seetha Amman Temple is located approximately 1 kilometer from Hakgala Botanical Garden. The temple is located in the village called “Seetha Eliya”. This place is believed to be the place where Sitha held captive by the king Ravana in the Lanka of the epic, Ramayana.

The city was founded by Samuel Baker, the discoverer of Lake Albert and the explorer of the Nile in 1846. Nuwara Eliya’s climate lent itself to becoming the prime sanctuary of the British civil servants and planters in Ceylon. Nuwara Eliya, called Little England then, was also a hill country retreat where the British colonialists could immerse in their pastimes such as fox hunting, deer hunting, polo, golf and cricket. Many of the buildings retain features from the colonial period such as the Queen&#39;s Cottage, General’s House, Grand Hotel, Galway Forest Lodge, Town Post Office and even new hotels are often built and furnished in the colonial style. Anyone who visits the city can wallow in its nostalgia of bygone days by visiting these landmark buildings. Many private homes still maintain their old English- style lawns and gardens.

Kithulgala - Kitulgala is a small town in the west of Sri Lanka. It is in the wet zone rainforest, which gets two monsoons each year, and is one of the wettest places in the country. Nevertheless, it comes alive in the first three months of the year, especially in February, the driest month. The Academy Award-winning Bridge on the River Kwai was filmed on the Kelani River near Kitulgala, although nothing remains now except the concrete foundations for the bridge (and, supposedly, the submerged train cars that plunged into the river in the climactic scene). Kitulgala is also a base for white- water rafting, which starts a few kilometres upstream.

Next, proceed to Bentota. Check in to the hotel. Leisure at the hotel.

After breakfast proceeds to Galle. Boat ride at Madu Ganga River in Balabitiya. Madu River - A shallow water body in south-west Sri Lanka, which enters the sea at Balapitiya . The Buddhist Amarapura Nikaya sect had its first Upasampada (higher ordination ceremony) on a fleet of boats anchored upon it in 1803. The Buddhist Kothduwa temple is situated on an isolated island in the lake. Together with the smaller Randombe Lake, to which it is connected by two narrow channels, it forms the Madu Ganga wetland. Its estuary and the many mangrove islets on it constitute a complex coastal wetland ecosystem. It has high ecological, biological and aesthetic significance, being home to 303 species of plants belonging to 95 families and to 248 species of vertebrate animals. It might be one of the last remaining tracts of pristine mangrove forests in Sri Lanka. The inhabitants of its islets produce peeled cinnamon and cinnamon oil.

Next, proceed to Galle and commence a city tour in Galle.

Galle - is considered to be one of Sri Lanka’s most historically interesting towns. Built on a premonitory rock in the south of the Island. It was a major port until about 100 years, but today still handles shipping and sailing boats in the natural harbour. Stroll around the Lighthouse and harboror visit the old town where you can see the traditional lace makers and wood carvers. An Opportunity to purchase some of the finest shell-craft souvenirs in the world.

Next, return to Bentota and visit Kosgoda Turtle Hatchery.

Kosgoda Turtle Hatchery - Kosgoda is famous for its turtle hatchery operated by the Wild Life Protection Society of Sri Lanka. It was established in 1981 to protect Sri Lanka&#39;s turtles from extinction. The hatcheries pay fishermen for eggs that they collect at night along the long sandy beach. Visitors are shown the huge tanks filled with new born but lively hatchlings. After being fed the hatchlings are taken to the sea and released when they are 2-4 days old. They are not always released during the safer hours of darkness. Although October to April is the main laying season, some eggs can be found at Kosgoda throughout the year.

AM After breakfast transfer to Colombo. Check in to the hotel. City tour and shopping in Colombo (04 hrs – 40 kms). Colombo - like many capital cities in developing countries Colombo is fast changing its face. Almost overnight, skyscrapers arise from where old buildings once stood, yet in some parts; the old world charm is retained. A 100-year-old clock tower and several British built, colonial buildings are still to be seen in the city. The Pettah bazaar – where one can shop for bargains, a Hindu and a Buddhist temple, residential areas where you find the stately homes of the affluent, the Colombo museum, the Bandaranaike memorial international conference hall – an outright gift to Sri Lanka from the people’s republic of china, the new parliament in Sri Jayawardenapura and the folk art center are some of the places of interest that one can visit to Visit shopping complexes such as ODEL, HOUSE OF FASHION, MAJESTIC CITY.