Your browser is out of date.
It has known security flaws and may not display all features of this and other websites. Learn how to update your browser
8653325(2)-35.175.119.198,     q0glqtfokbqpib1igc430ut1
My Account
Sign In
New here? Register
Flight Booking » Domestic Flights » Bangalore to Hyderabad Flights

Located on Deccan highland, Bangalore belongs to the southeastern state of Karnataka. This city is considered as the most developed city of Information Technology (IT) in India and is one of 10 business locations in the world. There are plenty of historical sites, a lot of modern architectural works, and stories of Indian dynasty as well as cool weather in Bangalore. It is not only a home of scientists and researchers but is also one of the most attractive destinations for foreign tourists in India. It is also denoted to as the Silicon Valley of India. Some of the most popular tourist attractions in Bangalore are Lalbagh Botanical Garden, Bannerghatta National Park, Bangalore Palace, Bull Temple, Tipu Sultan's Summer Palace, Lumbini Gardens, Dodda Ganapathi to name a few. There are numerous shopping malls and street markets in Bangalore to satisfy the shopper in you. If you are planning a trip to this city, explore the latest schedules of the flights from Bangalore with Akbar Travels to reach airport as per your flight time.

Best Time To Fly to Hyderabad

While planning a holiday in Hyderabad, make sure to keep the weather circumstances in mind. Summers in Hyderabad begin from May and last till July. Try to avoid these months as Hyderabad is scorching and humid in summer. The months between August and October bring inadequate to thick rainfall, and even though the weather is quite pleasant, you may be on the receiving side of some heavy rainstorm, thus bringing an end to the outdoor activities. Winters in Hyderabad, which start from November, are the best time to plan your trip to this place. Characterized by a cold climate, it is perfect for sightseeing and city shopping. Hence, Hyderabad cooler months, i.e. October to March are considered ideal to fly and visit this city.

Kempegowda International Airport (BLR) is an international airport serving Bangalore, the capital state of Karnataka. Spread across 4,000 acres, it is located about 40 kilometers north of the city near the village of Devanahalli. Akbar Travels provides information about the different airlines that operate from this airport and also a list of top domestic and international routes from Bangalore. Address: KIAL Road, Devanahalli, Bengaluru, Karnataka 560300

Well-known as the "City of Nawabs", Hyderabad is the 500-year old capital city of Andhra Pradesh. Hyderabad is particularly known for its richness in culture and tradition and has recently earned the title of one of the fastest growing IT hubs of India. Originally named Bhagyanagar, after the Sultan’s wife, Bhagamathi, Hyderabad is a princely state, where you can see a perfect blend of old and modern culture. Located on the Deccan Plateau, most of its land is rocky in nature. A few places tourists must visit if in the city are Lumbini Park, Ramoji Film City, Osman Sagar Lake, NTR Garden, Mecca Masjid etc.

How to Reach Hyderabad

Rajiv Gandhi International terminal, Hyderabad’s international airport is well-connected with major cities across the world. The airport also has a domestic terminal called NT Rama Rao which is connected to most of the Indian metropolitan areas. About 20 kilometers away from the city, the airport is situated in the Begumpet area. Almost all airlines fly daily to and from Hyderabad.We provide a wide range of offers to book your Bangalore to Hyderabad flight tickets to suit your budget!

Hyderabad is well-connected to its neighboring towns like Aurangabad, Kolkata, Chennai, Bangalore, Mumbai, Tirupati and Panaji. The bus terminal is managed and well-organized by Andhra Pradesh State Road Transport Corporation (APSRTC). You can choose from super deluxe, sleeper, deluxe, air-conditioned and Volvo buses that operate by both state and private companies.

Roads in Hyderabad are good and well-connected with national highways and flyovers. Nearby cities like Pune (via NH 9), Mumbai (via expressway), Nagpur, Warangal, and Bangalore (via NH 7) can be easily accessed by road.

What to do in Hyderabad

Hyderabad is a city that takes you back to the pages of history, a city that can make you smile with only its unique language, a city that can tickle your taste buds with its delicious cuisines! Merged with the quaint shades of the past and all the glitz of the present, this metropolitan of the ‘Charminar’ plays a perfect host for tourist from across the globe! Be it the unconditional joy among its dwellers, the colorful marketplaces, it’s delicious cuisines or its rich history, Hyderabad has retained its old world charm in the most appropriate way!

Let’s see how promising this city can be with a list of fun and exciting things to do in Hyderabad.

5. What is the currency of Hyderabad and its approximate conversion rate?
The currency used in Hyderabad is INR which is also followed by Bangalore.

3.When does the last flight leave from Bangalore?
The last Bangalore to Hyderabad flight is IndiGo at departs at 11:25 PM. 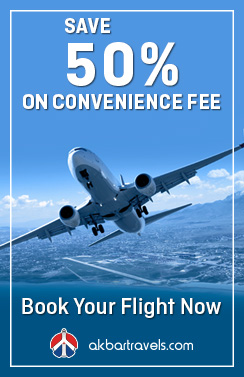