Family with Kids Friendly All Inclusive 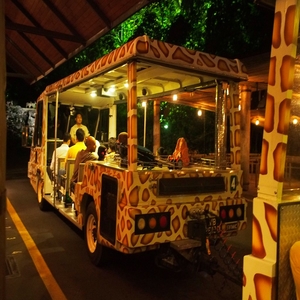 Welcome to Singapore! You will be welcomed on arrival at Singapore Changi Airport and transferred to your hotel. Enjoy the rest of the day getting your bearings and exploring the neighbourhood. Later in the evening we proceed to Singapore Night Safari. Night Safari is the world's first nocturnal zoo and is one of the most popular tourist attractions in Singapore. Night Safari, the world’s first nocturnal wildlife park, is a 13-time winner of the Best Attraction category awarded by Singapore Tourism Board. Close to 900 animals from approximately 100 species (of which almost 41 per cent are threatened) inhabit the 35-hectare park. 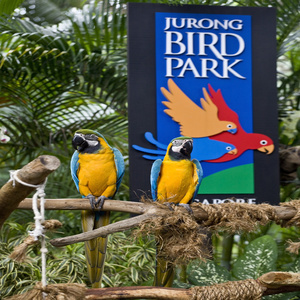 After breakfast at the hotel, you begin your tour of the city. Your half day tour of Singapore will include all major attractions such as Merlion Park, Fountain of Wealth, Chinatown, Little India, City Hall and Parliament House. Shop for souvenirs at the Chinatown street market and try the uniquely Singaporean Roti Prata at Little India. Your city tour ends in the afternoon and you have the rest of the evening free to indulge in some retail therapy. Opened in 1971, Jurong Bird Park is Asia’s largest bird park, offering a 20.2-hectare hillside haven for close to 3,500 birds across 400 species, of which 20 per cent are threatened. The bird park is famed for its large and immersive walk-in aviaries such as Lory Loft, Jungle Jewels and the recently revamped Waterfall Aviary. Other unique exhibits include Penguin Coast and Pelican Cove. 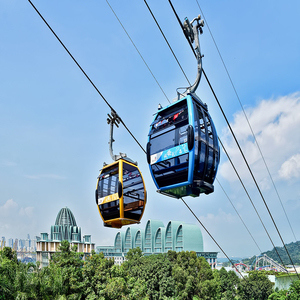 Enjoy a sumptuous breakfast at the hotel and in the afternoon travel to Sentosa Island by cable car. One of Singapore’s biggest tourist draws, Sentosa has something for everyone. Visit Luge & Sky Ride, Skyline Luge is a unique, wheeled, gravity ride that provides riders full control over their descent on purpose-built tracks. Visit the mesmerizing SEA aquarium that houses over 100,000 marine animals, including bottlenose dolphins and manta rays, and was once the largest oceanarium in the world. You will also visit the fascinating Butterfly Park and Insect Kingdom End your day with Wings of Time, a spectacular night show set against the open sea with water displays, laser lights, fire effects and music. 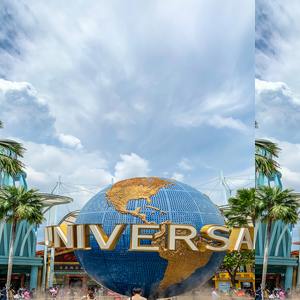 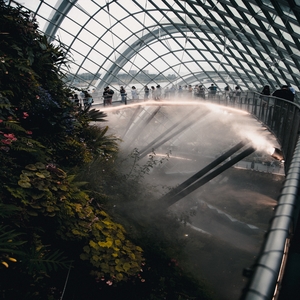 Gardens by the Bay is a nature park spanning 101 hectares. The conservatory complex at Gardens by the Bay, Singapore, comprises two cooled conservatories – the Flower Dome & the Cloud Florest. Supertrees are tree-like structures that dominate the Gardens' landscape with heights that range between 25 metres (82 ft) and 50 metres (160 ft). They are vertical gardens that perform a multitude of functions, which include planting, shading and working as environmental engines for the gardens. Later we proceed to Sky Park at Marina Bay Sands. Located 57 storeys up from the heart of the Marina Bay area, the Sands SkyPark Observation Deck boasts scenic views of the panoramic vistas of Marina Bay and Singapore’s world-class cityscape. Take in a bird’s-eye view of Gardens by the Bay and the impressive Supertree Grove, or admire the sea view that stretches from Marina South Pier to the Singapore Strait. 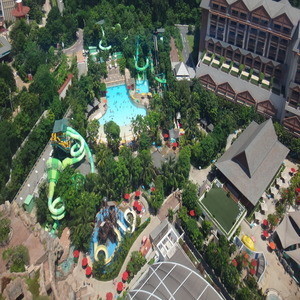 Beat the heat with a day out at Adventure Cove Waterpark™. Seven thrilling water rides, such as Pipeline Plunge, will get your heart rate up, as you plunge down an elevated chute and careen across banked turns and radical twists, before splashing out in a pool of water. But if all you want is a lazy day in the sun, grab a friend and a float, and take a leisurely ride down Adventure River, drifting past stunning habitats including a lush jungle garden, a mysterious grotto and an underwater tunnel with a sea of marine life swimming above and around you. 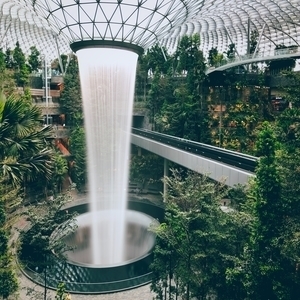 Enjoy your last morning in Singapore before checking out and being transferred to the airport, where you will depart for your destination with bags full of souvenirs and happy memories.