Nepal Tour Packages The Himalayan Kingdom of Nepal is the land that time forgot. Its stone temples, hillside villages, impenetrable jungles and snow-draped hills remain unaffected by the modern world. Nepal packages offer more than a holiday; they offer a trip back in time. One of the most visited countries by Indians, Nepal is a landlocked nation in South Asia, nestled in the Himalayas and surrounded by India in the south and China in the Read More

The Himalayan Kingdom of Nepal is the land that time forgot. Its stone temples, hillside villages, impenetrable jungles and snow-draped hills remain unaffected by the modern world. Nepal packages offer more than a holiday; they offer a trip back in time.

One of the most visited countries by Indians, Nepal is a landlocked nation in South Asia, nestled in the Himalayas and surrounded by India in the south and China in the north. The landscapes of Nepal are marked by its towering peaks and gushing rivers. The nation is home to eight of the world’s ten highest peaks including Mount Everest that can be viewed on with most Nepal Packages. With cheap flights to Nepal, affordable Nepal packages, and the ability to visit Nepal with Aadhaar card, a Nepal holiday is now easier than ever. Here’s a quick peek into Nepal with all the information you need to plan your next Nepal holiday package.

The best time to visit Nepal is right after the monsoon clouds clear in the months of October and November. You will be greeted with clear skies and bright sunny days. Come January, the temperature drops and a Nepal holiday in winter is not for the faint hearted. The months of March and April are also a good bet if you like to trek and mountaineer.

How to reach Nepal

The primary airport in Nepal is the Tribhuvan International Airport located in Kathmandu. The airport connects Nepal to over 30 destinations across Asia and the Middle East. Airlines serving the airport include IndiGo, Air India, Druk Air and Himalaya Airlines.

What to eat in Nepal

Nepalese cuisine is wholesome and a lot like Indian food. Some of the popular dishes eaten in the country include dal bhaat tarkari, dhindo, sel roti, finni roti as well as buffalo meat curries. The festival of tihar is the perfect time to sample traditional Nepali food eaten on the plains.

Places to Visit in Nepal

Nepal Tour Packages often begin at the Nepalese capital, Kathmandu. Named after the Kathmandu Valley which the city is sprawled across, Kathmandu is the largest city in the country and the base for Nepal packages that head to the Everest Base Camp. A must-visit attraction in the city is the Royal Palace. Officially named the Narayanhiti Palace, it was the official residence of the Nepal Royal Family for over a century before the infamous massacre in 2001 that led to the end of the Nepal Monarchy. Visitors can view the palace and the museum on their Nepal Tour Packages with its fine collection of artwork, furniture and photographs. The highlight of Nepal Packages in Kathmandu is Durbar Square. Comprised of the Hanuman Dhoka palace complex, the sixteenth century Taleju Temple, and the Kumari Bahal as well as scores of smaller temples and homes, some of which date back to the 12th century and add an old world charm to your Nepal Tour Packages. Other attractions in the area include the wooden Kasthamandap and the triple roofed Maju Deval temple dedicated to Lord Shiva.

Not far from the capital city Kathmandu, is the ancient temple of Pashupatinath Temple. A UNESCO World Heritage Site, the sprawling temple complex consists of temples, ashrams, inscriptions and paintings. Built in the 15th century, the temple is perhaps the biggest attraction in Nepal Packages.

One of the best preserved of Nepal’s temple towns, Bhaktapur is a UNESCO World Heritage Site known for its palace courtyards, temples, statues and bazaars. With our Nepal Tour Packages you will have the opportunity to wander through the town’s lanes that have been featured in many Hollywood and Bollywood films such as Baby and Little Buddha. The town is also famed for its handicrafts, pottery and textiles. Enjoy the town’s rich history, culture and architecture on your visit with our Nepal Packages.

A popular tourist magnet in Central Nepal and a mainstay of most Nepal Tour Packages is Janakpur. A temple town established in the 18th century, Janakpur also has a place in Indian Mythology. In the Hindu epic Ramayana, Janakpur is the home of Sita, the heroine of the epic making it an important place of pilgrimage for Hindus. Gautama Buddha is also said to have lived in the town. Visit the famed Janaki Mandir, over a hundred years old and one of the biggest temples in Nepal, the Sri Ram Temple.

One of the country’s most important Buddhist pilgrimage sites and an essential addition to Nepal Packages is Lumbini. A UNESCO World Heritage Site, the site is where the Buddha was born. Your Nepal Tour Packages would be incomplete without a trip to the spot where Queen Mayadevi gave birth to Siddhartha Gautama. The town is home to a host of Buddhist monasteries and the famed Peace Pagoda that draws visitors on Nepal Packages. The Peace Pagoda is a Buddhist Stupa that was built in Lumbini in 2001 to promote peace and love among all castes and creeds. Lumbini is one of the most important attractions included in Nepal Tour packages and even finds its way on the Nepali rupee note.

Another popular destination in Nepal is the Bodhanath Stupa. The stupa is one of the largest of its kind in the world and dates back to the 6th century AD. The town of Bodhanath lies on an Tibetan trade route and the stupa itself with its distinctive design is a UNESCO World Heritage Site and part of many Nepal Packages.

Nepal Tour Packages designed for trekkers and adrenaline junkies will always include a trip to Pokhara. In the foothills of the Himalayas, the town is surrounded by some of the highest mountains in the world and acts as a gateway for treks to the Annapurna region. The town itself is a known for the pretty Lake Phewa that is lined with cafes and restaurants promising traditional Nepali fare and great views of the mountains that are unparalleled by anything you will see on Nepal Packages.

With our bespoke Nepal Packages, see Nepal in all its glory with its pristine natural beauty and opulent palaces, charming bazaars and ancient temples. This will be one for the bucket list. 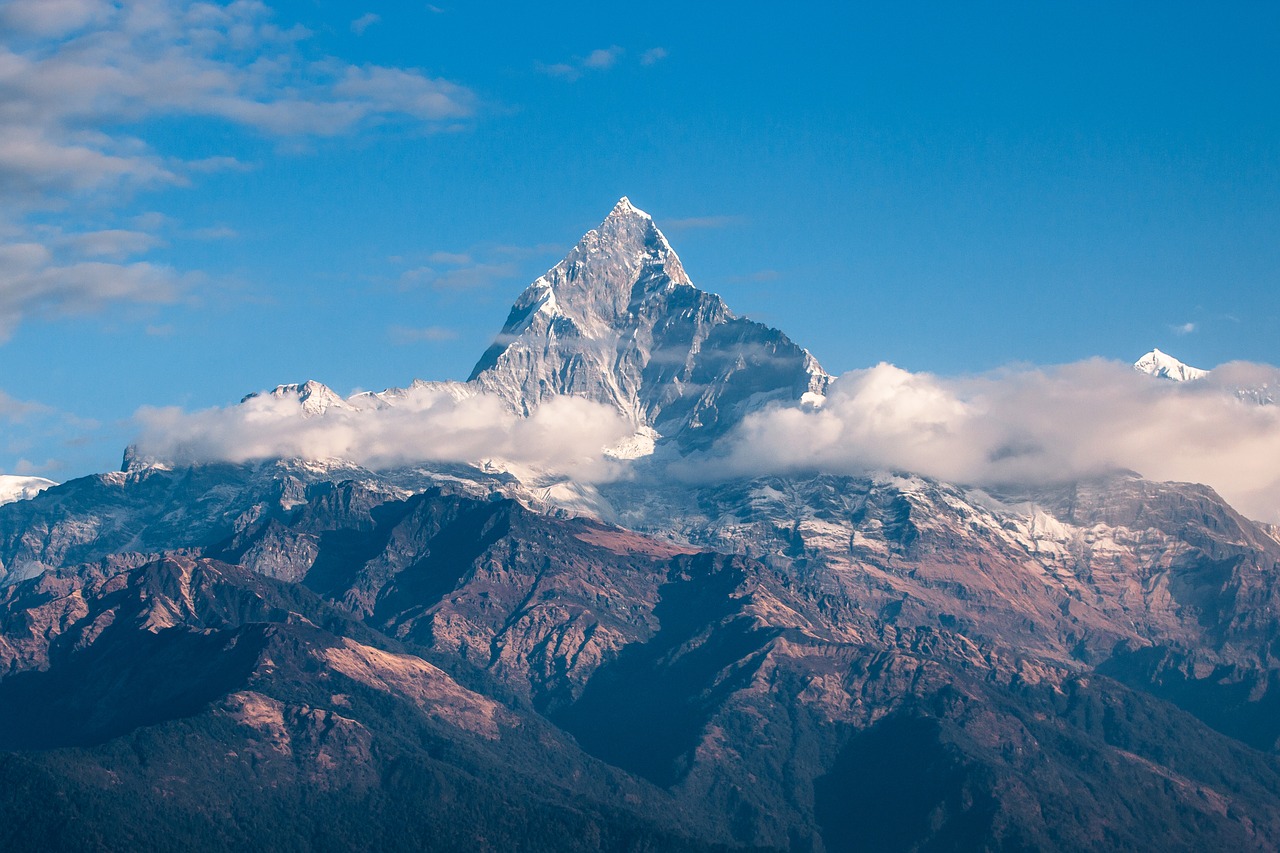