About Israel Miles and miles of picturesque coastline and a culture that dates back millennia; Israel is Asia’s hottest new destination. It’s no wonder, then, that Israel tour packages are some of the most popular here at Akbar Holidays. While a relatively young nation, having been born in 1948, Israel has been inhabited for tens of thousands of years. Its history goes back to the birth of civilization and you are likely to see Read More

Miles and miles of picturesque coastline and a culture that dates back millennia; Israel is Asia’s hottest new destination. It’s no wonder, then, that Israel tour packages are some of the most popular here at Akbar Holidays.

While a relatively young nation, having been born in 1948, Israel has been inhabited for tens of thousands of years. Its history goes back to the birth of civilization and you are likely to see many prehistoric relics on your Israel holiday package. The country is the birthplace of three of the world’s most important religions, Christianity, Islam and Judaism. The most popular places to visit with your Israel package also happen to be religious sites like the iconic Church of the Holy Sepulchre in Jerusalem and the Shrine of the Bab in Haifa.

With cheap Israel packages from India at every price point, Israel tourism has never been more accessible. You can now enjoy the bustle of Tel Aviv, the mystique of Nazareth and the therapeutic waters of the Dead Sea with our all inclusive Israel packages.

Here’s a glimpse of our popular Israel holiday packages and all the information you need pick the right Israel tour package for you.

Like most of the Middle East, Israel experiences chilly winters and balmy summers. Winter lasts from November to March. Expect snow in the northern regions like Golan Heights as well as a smattering on Jerusalem. Rain could also play spoilsport on your Israel trip with the coastal regions seeing frequent thunderstorms in the winter.

Summer is the perfect time to go on an Israel holiday package. Choose an Israel tour package between June, July or August and enjoy sunny days and pleasantly warm evenings. The warmer months are also the perfect time to hit the beaches of Tel Aviv, float in the Dead Sea or take a safari of the Negev Desert on one of our curated Israel tour packages. If you are on a budget, the shoulder seasons or spring and autumn are a great time to explore Israel. Avoid the swarms or tourists and enjoy lower rates on Israel tour packages from Mumbai, Delhi and all major Indian cities.

How to reach Israel

Israel is well connected by air routes with the rest of the world.  You will find an airport near all of the attraction in Israel as well as in all major cities. The primary airport in Israel is the Ben Gurion Airport in Tel Aviv. Airlines serving the airport include KLM, Lufthansa, British Airways, Virgin Atlantic and Air India with flights to cities across the world including Delhi, London, Paris, Amsterdam and Rome.

What to eat in Israel

Israeli cuisine is a mouthwatering melting pot or Arab, European and North African dishes. The country’s torrid history has given the world some of the most delicious eats on the planet. Here are some Israeli dishes you must try on your Israel tour package.

Falafel: This golden fried snack is a universal favourite. Made of chickpeas and served with pita bread, hummus and salad, falafel makes for the perfect street eat.

Baba ganoush: Aubergines served with tahini, lemon juice and spices; this dish will remind you of baingan ka bharta.

Shakshuka: Traditionally eaten at breakfast, this wholesome dish is made of eggs, tomatoes, peppers and coriander. Served at most breakfast buffets, you are sure to come across shakshuka at your Israel hotel.

Shawarma: One of the top foods to eat in Israel, shawarma is essentially meat wrapped in pita bread served with salad, hummus, pickles and fries. A great snack for when you are famished after shopping or sightseeing.

Places to Visit in Israel

Jerusalem: Most Israel family holiday packages begin in Jerusalem, the capital of Israel. As the largest city in Israel, Jerusalem is where you will see places to visit in Israel with immense religious significance. There is a lot you could see in Jerusalem such as the Old City and its Walls which are a UNESCO World Heritage Site, the charming German Colony, Israel Museum, Biblical Zoo and the many monasteries that are found across the city. Temple Mount, Garden Tomb and the Monastery of the Cross are also found in most Israel holiday packages.

Tel Aviv: The Miami of the East, Tel Aviv is a vibrant city on the shored of the Mediterranean Sea. It has a thriving nightlife and cultural scene that makes it very popular with Israel tour guides. Your Israel tour package will almost certainly include a trip to Jaffa, the old part of town. This historic area is one of the oldest ports in the world with a bustling flea market. Also drop by Dizengoff Centre, the biggest shopping centre in the region, Rothschild Boulevard which is known for its pretty streets and cafes and Tel Aviv Port where you will find the hottest bars and clubs.

Nazareth: Nazareth is another great addition to your Israel holiday package because of its century old churches such as the Basilica of the Annunciation, the Coptic Church of the Annunciation, and the Synagogue Church. Other attractions that are worth a visit on your Israel holiday include Mary’s Well and the Ancient Bath House, the Mill of Galilee, the White Mosque, and Nazareth Village.

Eilat: Eilat has pristine beaches, coral reefs, and an underwater observatory as well as options for water sports such as scuba diving, kite surfing, and snorkeling. Eilat is also where you will find the Israel travel guide favourite, Negev. The Negev Desert is a stunning desert that surrounds the town where you can head out for hiking, jeep tours and camel treks.

Dead Sea: One of the best places to visit in Israel is the Dead Sea. It is the lowest point on Earth with many luxury resorts and hotels to choose from. The waters of the Dead Sea are incredibly salty which means it is impossible for you to sink in it. The mud on the shores are also rich in minerals that are said to have therapeutic properties. It is not uncommon for spas in the region to offer special dead sea treatments.

Mount Zion: Barely a mound on the outskirts of the Old City in Jerusalem, Mount Zion is one of the most important destinations in Israel. The attractions on Mount Zion include King David’s Tomb, the Room of the Last Supper, Dormition Abbey and the Chamber of the Holocaust.

Masada: A trip to Masada is one of the top things to do in Israel. Located a short drive from Jerusalem, Masada is a high fortress that rises steeply from the desert. It was built as a luxurious palace by the Jewish King Herod and is home to one of the oldest synagogues in the world.

Sea of Galilee: The Sea of Galilee is a freshwater lake in northern Israel near its border with Syria. An important religious site for Christians, the lake is also known for its pretty beaches and hiking trails. However, what makes the Sea of Galilee one of the best places to visit in Israel is raft building at Lavnun Beach. Here you could join people of all ages as the build rafts with their own hands and sail them across the Sea. 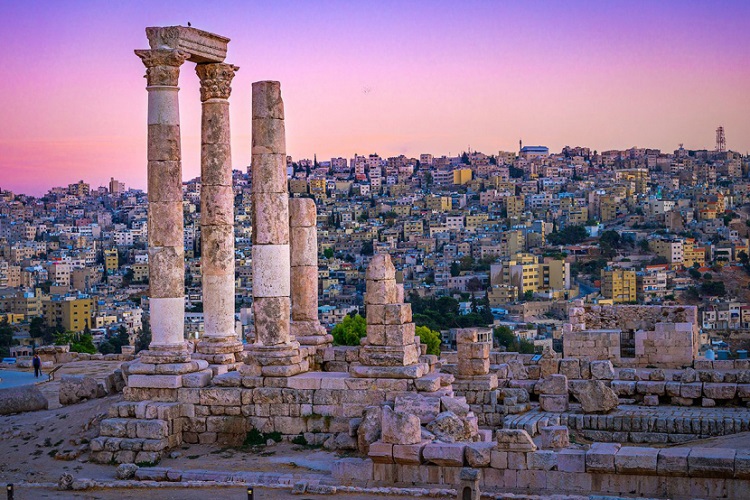