From taking the world's longest cable car trip through the breathtaking vistas of Vorotan Canyon to appreciating some of the world's oldest monasteries, these are just a few of the reasons why you should visit Armenia on an armenia package from india with AkbarTravels. Its people are among the nicest in the world, and it's a historical hotspot. On your armenia tour package, you will be pleased to learn that some of the sites date Read More

From taking the world's longest cable car trip through the breathtaking vistas of Vorotan Canyon
to appreciating some of the world's oldest monasteries, these are just a few of the reasons why
you should visit Armenia on an armenia package from india with AkbarTravels.
Its people are among the nicest in the world, and it's a historical hotspot. On your armenia tour
package, you will be pleased to learn that some of the sites date back to 4,000 BCE. And
whether you favor undulating hills or trekking over snow-capped peaks, the Armenian
environment as part of your armenia packages has something for everyone. To top it all off,
armenia holiday packages are really affordable and inexpensive, making it an ideal location for
budget visitors and backpackers.
Armenia, located on the border between Asia and Europe, may be one of the world's last travel
frontiers for daring travelers. Armenia isn't commonly on a travelers bucket list, but it should be
with our armenia tour package from india because of its stunning snowy mountain peaks and
several wonderfully preserved medieval monasteries. However, their loss is your gain because
the nation has mostly avoided major tourists. You can also travel to this beautiful place with
akbar travels armenia quarantine package.
Armenias history is convoluted and sometimes terrible, with numerous years of warfare and the
horrific Armenian Genocide, in which the Ottoman Empire slaughtered 1.5 million Armenians in
the early 1900s. However, you may learn more about the country's history by visiting the
numerous historical sites and religious structures dispersed around the country, including the
4th-century Etchmiadzin Cathedral and the Greco-Roman Temple of Garni.
The following is a list of things to see &amp; do in Armenia:
1. Visit The Swarovski Crystal Palace:
On your india to armenia tour package, you have to visit this place. The Swarovski
Crystal has a chemical coating which is used to generate the several different hues of
the crystal, and they appear in a range of shapes and sizes, earning them world-wide
fame for its remarkable clarity and perfection. Diamonds, on the other hand, are
classified according to their coloring, cutting, clarity, and karat weight. You may visit the
Swarovski Crystal Palace at the top of the Cascade thereafter. The exhibit is very
appealing. As you enter, you will see many meshed bags loaded with Swarovski crystals
hung from the ceiling.
2. See mount Ararat:
As part of your armenia vacation packages, this inactive volcano, which is officially part
of Turkish land, is said to represent the ultimate resting place of Noah's Ark. While you
can't walk the mountain from Armenia, you can see it up close from the Khor Virap
monastery, which is only 50 kilometers (31 miles) away!
3. Visit Yerevan:

Yerevan is known as Armenias &quot;Pink City&quot; because of the rose-colored volcanic material
utilized in many of the citys structures. It has large tree-lined boulevards, busy town
squares, and a strong café culture. Try the city's famed dark coffee; it's thick, sweet, and
caffeine-loaded.
4. Visit the Genocide Musuem:
The Armenian Genocide Memorial &amp; Museum serves as a vivid reminder of the Ottoman
Empire's genocide in Armenia between 1915 and 1922. Inside, you'll find a selected
collection of images, documents, newspaper accounts, and films that tell the tale of this
sad episode in Armenian history. Although admission is free, contributions are accepted.
5. Go skiing on Tsaghkadzor:
Armenia has grown popular among extreme sports enthusiasts due to its hilly
topography. If you are on an armenia tour package from kerala, you’d be pleased to
know that Armenia is converted into a ski and snowboarding paradise throughout the
winter. The most popular destination is the Tsaghkadzor ski resort in the Marmarik river
valley.
6. Swim in Lake Sevan
On your armenia travel package from india visit Lake Sevan. Sometimes known as the
"Armenian Sea,"  it is a huge lake high in the Caucasus highlands. Lake Sevan is a
popular destination for both local and international visitors, because to its tremendous
biodiversity and beautifully austere scenery. The lake is so high in elevation that from the
riverside, it appears as if the river is rushing into the sky. You may also wild camp here
for free.
7. Experience the healing waters of Jermuk
Jermuk is Armenia's most popular spa town, featuring over 40 natural thermal springs
and a range of resort hotels and spas. On your india to armenia package, get a free
taste of therapeutic mineral water at the Gallery of Water, where natural mineral water
flows into 5 distinct stone urns with varying healing characteristics and temperatures.
While you are there, visit the Jermuk waterfall, Armenias second-largest waterfall at 70
meters in height.
Thus, if you do plan to travel to this amazing destination, you can book your deals from
our armenia tourism packages from india. On our website, you will also find the armenia
trip cost from india 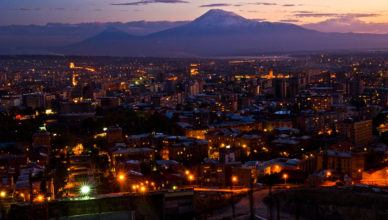 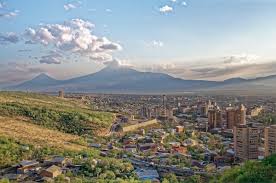