Peak into Tanzania Tanzania is an East African country known for its tremendous vast wilderness. They include the fields of Serengeti National Park, a safari mecca populated by the "big five" game (elephant, lion, leopard, buffalo, rhino), and Kilimanjaro National Park, home to Africa's most highest mountain. Offshore lie the tropical islands of Zanzibar, with Arabic impacts, and Mafia, with a marine park home to whale sharks and Read More

Tanzania is an East African country known for its tremendous vast wilderness. They include the fields of Serengeti National Park, a safari mecca populated by the "big five" game (elephant, lion, leopard, buffalo, rhino), and Kilimanjaro National Park, home to Africa's most highest mountain. Offshore lie the tropical islands of Zanzibar, with Arabic impacts, and Mafia, with a marine park home to whale sharks and coral reefs.

The best time to visit Tanzania is during the Dry season, from late June to October, when natural life seeing is for the most part at its best. The wildebeest relocation in the Serengeti is normally during June and July and an opportunity to see the wildebeest calving is late January to February. The southern and western circuit parks are best visited during the Dry season (June to October), dissimilar to the more well known northern circuit stops that can be visited all year.

Best way to get there

Mount Kilimanjaro is Africa's highest peak (5,895 m) and Tanzania's most famous picture. Mount Kilimanjaro National Park, in contrast to different parks in northern Tanzania, isn't visited for the untamed life yet for the potential for success to have in wonder of this lovely snow-topped mountain and, for some, to move to the culmination. Mount Kilimanjaro can be move whenever, in spite of the fact that the best period is from late June to October, during the dry season.

Serengeti National Park is an immense treeless plain with a huge number of animals living here or going through looking for new fields. It's generally well known for the yearly wildebeest movement yet you can likewise observe the Big Five here, and about 500 types of birds have been recorded on the Serengeti.

As the second biggest national park in Tanzania, the Serengeti pulls in countless vacationers every year. The greatest months for natural life seeing in Serengeti National Park are among December and June. The wet season is from March to May, with the coldest period from June to October.

The island of Zanzibar, likewise called Unguja, is a significant occasion goal in Tanzania and known for its wonderful sea shores. Some portion of the Zanzibar archipelago, which comprises of the islands of Zanzibar and Pemba, this island has probably the best sea shores on the planet. The surf fluctuates relying upon what side of the island you are on, however guests will discover delicate white sand and clear shallow water, alongside customary vessels covering the shore.

The memorable city of Stone Town, known for old Arabian condos, slender rear entryways, and a bustling port, is situated in the core of Zanzibar.

Situated between the Serengeti and Lake Manyara, the Ngorongoro Conservation Area is home to the celebrated volcanic Ngorongoro Crater and is one of Tanzania's most well known natural life seeing territories. This immense volcanic cavity has a changeless flexibly of water, which draws a large number of creatures who remain around there instead of moving. Guests come here basically for survey huge creatures and fowl viewing. A huge number of creatures can be seen on the hole floor, including lions, elephants, rhinos, Thomson's gazelles, and bison, however wildebeests and zebras represent over portion of the creatures that call the Ngorongoro Crater home.

Lake Manyara National Park is involved backwoods, forest, prairies, and bogs. 66% of the recreation center is secured by water and Lake Manyara is host to a huge number of flamingoes, at specific seasons, just as other different winged animal life. The feature of Lake Manyara Park is the huge populace of elephants, tree-climbing lions, and hippos, which can be seen at an a lot nearer run than in different parks. This park is additionally home to the biggest convergence of monkeys on the planet.

Mafia Island draws jumpers and swimmers from around the globe to the undersea world ensured by the Mafia Island Marine Park. The greatest months for plunging are October to March yet the best climate on Mafia Island is May to October. Walk and April are a very long time of overwhelming precipitation.

Mafia Island Marine Park has coral gardens, a plentiful assortment of fish, and a casual plunging environment. Incalculable flying creatures and more than 400 types of fish can be found in the zone. Mafia Island is additionally a customary rearing site for the green turtle, which are shockingly jeopardized.

Tarangire National Park, set up in 1970, is an awesome region for natural life seeing. It is best visited in the dry season from July to September when the creatures accumulate along the stream.

During the dry season, Tarangire National Park has probably the most noteworthy convergence of transitory natural life. Wildebeest, zebra, bison, impala, gazelle, hartebeest and eland swarm the tidal ponds. The recreation center is additionally known for its enormous populace of elephants, and the baobab trees that speck the verdant scene.

The recreation center is brilliant for birdwatching, with in excess of 300 species recorded in Tarangire. These species incorporate scavangers, vultures, herons, storks, kites, birds of prey and hawks.

Pemba Island is the northernmost island in the Zanzibar archipelago. Around Pemba are many remote locations and the absolute best scuba making a plunge the Indian Ocean, with perceivability that is unrivaled. Coral nurseries, bright wipes and ocean fans are totally found in the submerged asylum. The city of Chake, the principle populace focus on Pemba, is a well known base for scuba jumpers.

Stone Town is the social heart of Zanzibar and little has changed over the most recent 200 years. The terrific old Arabian homes coating the limited lanes and winding back streets give the city its own one of a kind appeal. Most of homes in Stone Town were worked in the nineteenth C when Zanzibar was one of the most significant Swahili exchanging towns the Indian Ocean. Guests will see the bras-studded, complicatedly cut wooden entryways on a large number of the houses.

As the world's most established working Swahili city, a large number of the tourist spots in Stone Town have been reestablished to their unique magnificence. A portion of the memorable structures are presently galleries and vacation destinations. The town likewise has several intriguing old holy places of verifiable importance.

Arusha National Park, albeit littler than most in Tanzania, has a scope of natural surroundings that comprise of the woodland of Mount Meru, Ngurdoto Crater in the southeast segment of the recreation center, and Momella Lakes, a progression of seven hole lakes. High contrast Colobus monkeys are handily seen in the forested region while the muddy floor of the cavity is dabbed with crowds of wild ox, zebra and warthog. Momella Lakesis home to an enormous choice of inhabitant and vagrant waterbirds. Individuals come here to see natural life and furthermore to climb Mount Meru.

Ugali is the staple food generally expended in Tanzania. It is famously presented with nyama choma, however collaborates well with any principle course. It is typically offered with a sauce comprising of either fish, meat, cooked vegetables or beans. One will in general grow a bizarre enjoying towards Ugali on an East African outing.

Nyama Choma or flame broiled hamburger is a dish to want. Meat in Tanzania is new and consistently barbecued just as you would prefer. Gradually grilled over a bed of hot charcoal, the chewy and smoky meat incites a wonderful, rich explosion of flavor. Presented with grilled bananas or Ugali, it makes certain to lure your taste buds.

Chapatti is a singed flatbread which is a commended treat in East Africa. Unique occasions and events call for Chapatti in a Tanzanian family unit. Little kids enthusiastically anticipate such Chapatti commendable minutes. Additionally, Chapatti being the Indian staple food strikes the home harmony for an Indian/Asian voyager. In case you're one of them, you're likely going to be calm with the eating regimen in Tanzania.

Wali na Wazi is made by blending rice in a blend of coconut milk and water, leaving you with a rich sweet. It is very well known in the district, particularly to the individuals from the Swahili people group. It offers an inconspicuous and sweet equalization to the for the most part rich primary course.

Ndizi Kaanga is a fair most loved among travelers just as the neighborhood Tanzanians. This nearby dish is a serving of singed, green bananas. Plantains and green bananas are among the staple nourishments in the nation. It is by and large savored its characteristic, unsweetened structure. A shower of sugar will assist you with valuing it even more.

Chipsi Mayai means chips and eggs and is famously known as a French fries omelet. Eat something of this all around loved delicacy at a considerable lot of the food slows down and diners arranged for you. Of course, Tanzania tosses in a neighborhood bend and twists up the dish we know into something one of a kind and fabulous. So in case you're searching for a brisk chomp, you comprehend what to pick.

Shopping and Nightlife in Tanzania

Get African specialties and doodads at the most well known places of interest. Dar es Salaam, Arusha and Stone Town on Zanzibar are specked with knick-knack shops, markets and bazaars, just as principle streets close to parks and holds, and the coast streets behind sea shore resorts, all have a lot of side of the road slows down.

These are made into different things including garments, pad covers and packs. In Zanzibar, discover old tiles, old fashioned dishes and the acclaimed cut wooden Zanzibar chests (when utilized by the Sultans to store their assets, however today lavish imitations), and get parcels of Zanzibar's popular flavors in Stone Town, just as on a zest visit.

A Tanzanian strength is the semi-valuable stone called tanzanite, which ranges from dark blue to light purple and it is just found around Arusha. Tanzanite adornments can be seen in upmarket trinket and gem retailers in Arusha, Dar es Salaam and Zanzibar's Stone Town.

Nightlife is restricted in Tanzania, yet Dar es Salaam has a few dance club, supper club scenes and films. For the most part, nightlife is focused on the top traveler inns and cafés. Up and down the coast, and especially on Zanzibar, inns and sea shore bars regularly highlight groups during the ends of the week with move floors directly on the sea shore. Regularly, conventional ancestral moving and drumming is acted in the safari hotels and sea shore resorts. Unruly full moon parties have gotten well known on Zanzibar's hiker centered northern sea shores. 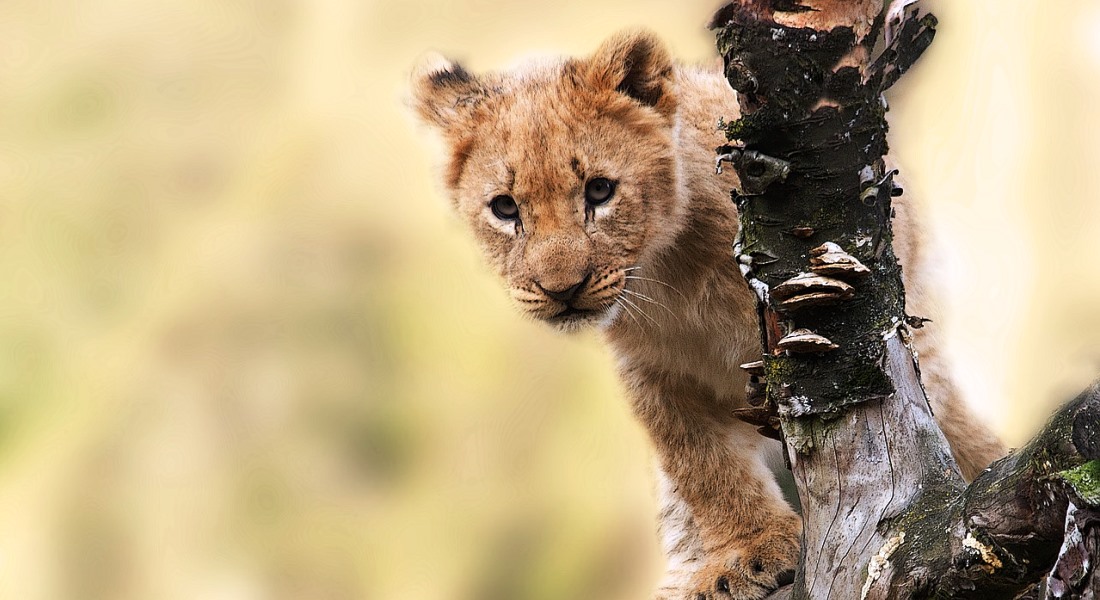