The Opera House, the Great Barrier Reef, the Outback and the roos. Australia is all that, but it is also so much more. Breathtakingly beautiful with white sand beaches, rainforests, red deserts and urban oases, Australia offers travellers an experience that can only be called life changing. On your Australia tour, see vibrant Melbourne, suave Sydney, the psychedelic colours of the Great Barrier Reef and palm fringed beaches of the Whitsundays. An Read More

The Opera House, the Great Barrier Reef, the Outback and the roos. Australia is all that, but it is also so much more. Breathtakingly beautiful with white sand beaches, rainforests, red deserts and urban oases, Australia offers travellers an experience that can only be called life changing. On your Australia tour, see vibrant Melbourne, suave Sydney, the psychedelic colours of the Great Barrier Reef and palm fringed beaches of the Whitsundays. And that’s barely scratching the surface. There is so much to see and so much to do in the Land Down Under.

Australia Holidays nearly always begin with Sydney. Home of the iconic Opera House and Bondi Beach, the Harbour City is one of Australia’s most popular tourist destinations with something for everyone. If you find yourself in Sydney, we recommend a visit to Darling Harbour and neighbouring Circular Quay on your Australia tour package. Walk along the scenic waterfront promenades, soak up the sun on Bondi Beach and climb up the Harbour Bridge. Families with kids could even pay a visit to Sydney Aquarium, one of the finest in the country, and the Royal Botanical Gardens. Gourmands should head to Chinatown for some of the tastiest food outside of China. And lastly, head to Sydney Harbour National Park.

Another great addition to your Australia holiday packages is Brisbane. The capital of the eastern state of Queensland, the city finds itself in nearly every Australia travel guide as the launching pad for travellers on their way to the Great Barrier Reef or the Gold Coast. The city itself, however, has a lot to offer. Brisbane is home to a vibrant cultural district with galleries, museums and artsy cafes. Culture vultures would love the South Bank with its Gallery of Modern Art and that Queensland Museum. The West End is another popular Australia tourist attraction, worth a visit for its bohemian vibes with quirky stores and vegan cafes.  You would also love the Paddington neighbourhood, known for the Castlemaine XXXX Brewery and scores of charming cafes and bars.

Melbourne is possibly the prettiest city in Australia; a fact proclaimed by all Australia holiday packages. A UNESCO City of Literature, the city is home to Australian institutions such as the Melbourne Cricket Ground, the Royal Exhibition Building, and the Melbourne Museum. The city hosts the Australian GP and the Australian Open; two of the world’s biggest sporting events that we recommend you catch on your visit. And in the unlikely event of the city tiring you, we suggest exploring the Yarra Valley. On your Australia tour package, a trip to wine country will be exactly what you need for a little respite for the bustle of the city. Take a vineyard tour and indulge in some of the finest wine in the world on your Australia tour package.

Perth may not be as popular with tourists as Sydney or Melbourne but that’s not for the lack of attractions. Situated on the western coast of the continent, the city of Perth is one of the most picturesque cities in Australia with sandy beaches, rolling hills and acres and acres of verdant parks. Visit Fremantle on your Australia Holidays. One of the oldest parts of the city, Fremantle traces its history to the early 1800s and is famed for its beautifully preserved architecture, museums and the Fremantle Prison. When in Perth, make your way to famous Australia tourist attraction, Rottnest Island where you could spend a whole afternoon clicking selfies with the adorable quokkas. If you’re the “be one with nature type” explore the delightful Swan Valley.

Rising starkly above the plains of the Northern Territory, Ayers Rock is a red sandstone mound that’s almost synonymous with Australia.  The UNESCO World Heritage site is part of the Uluṟu-Kata Tjuṯa National Park, a region known for waterholes, cave paintings and springs. Most Australia holiday packages recommend some great ways to experience Ulluru, as it is also known, including camel rides, treks, sun set viewings and camping. Our favourite of these is a 9 km walk around the base of the rock which is one of the best things to do in Australia. A guided walk with a local is the perfect way to learn about indigenous history and experience the natural beauty of the region on your Australia trip.

Tasmania is raw, unadulterated nature. Leave the warm, fuzzy vibes of Hobart and explore the wilderness that make up most of the island. The state has pristine beaches, rugged mountains and some of the rarest wildlife you are ever likely to see. Most Australia holiday packages sing praises of the Bay of Fires and we do too. Home to some of the most beautiful beaches in the world, the Bay stretches 50 kilometres from Binalong Bay in the South to Eddystone Point in the north. We recommend you to stay in one of the many luxury lodges that line the coast to wake up to clear blue waters and sandy beaches on your Australia tour package.

Bigger than Switzerland, Great Britain, and the Netherlands combined, the Great Barrier Reef is the largest living structure in the world. Made up of nearly 3000 brilliantly coloured coral reefs and cays, the UNESCO site is a mecca for divers from across the world. Drop anchor in one of the outer islands and head into the Reef for glimpses of whales, dolphins, turtles and adorable potato cods. And if you’d rather stay dry, hop onto a glass bottom boat for some amazing views of the aquatic life below without to step in the waters. However, if you choose to experience the GBR, you will not leave disappointed.

The Whitsunday Islands maybe the gateway to the Great Barrier Reef but they offer so much more. Mile after mile of unspoiled beaches, turquoise waters and rolling emerald hills make the Whitsunday Islands one of the biggest Australia tourist attractions. Especially popular is the gorgeous Heart Reef, a coral island in the shape of a heart, that is located a short flight from Hamilton Islands. The Whitsundays are great place to snorkel, sail, kayak, skydive and just bask in the sun. Make the islands a part of your Australia tour for a delicious slice of paradise.

A Short Break in Sydney 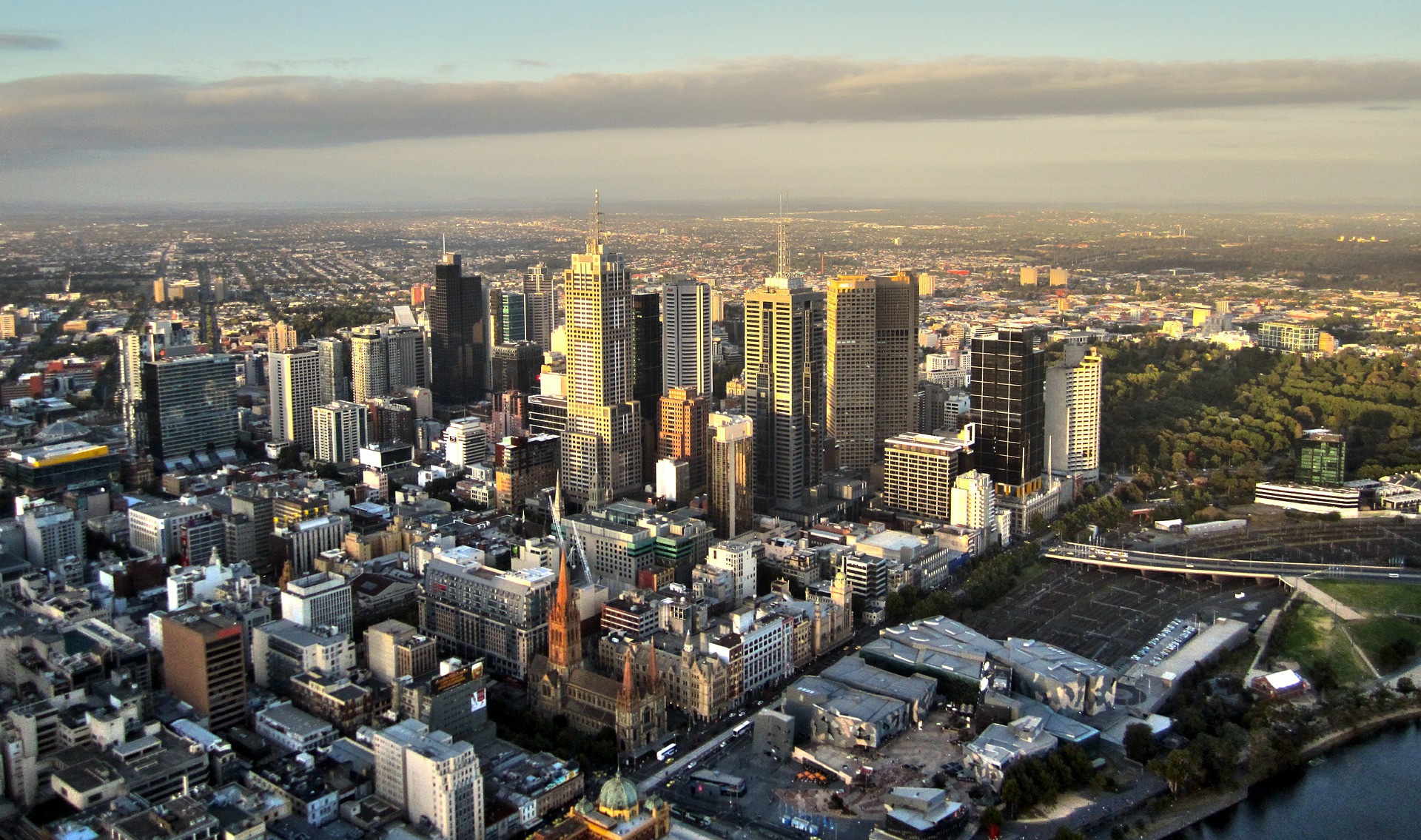 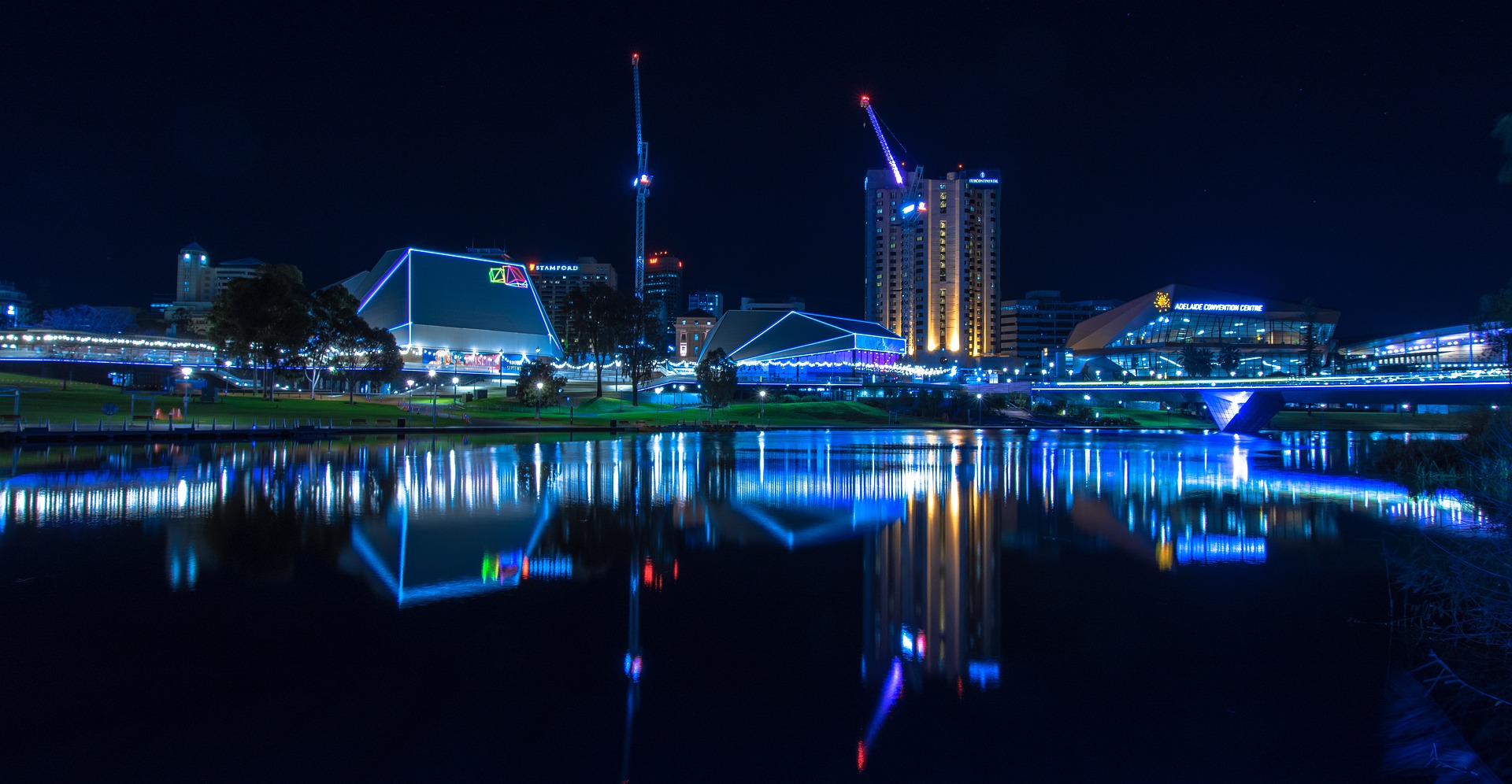 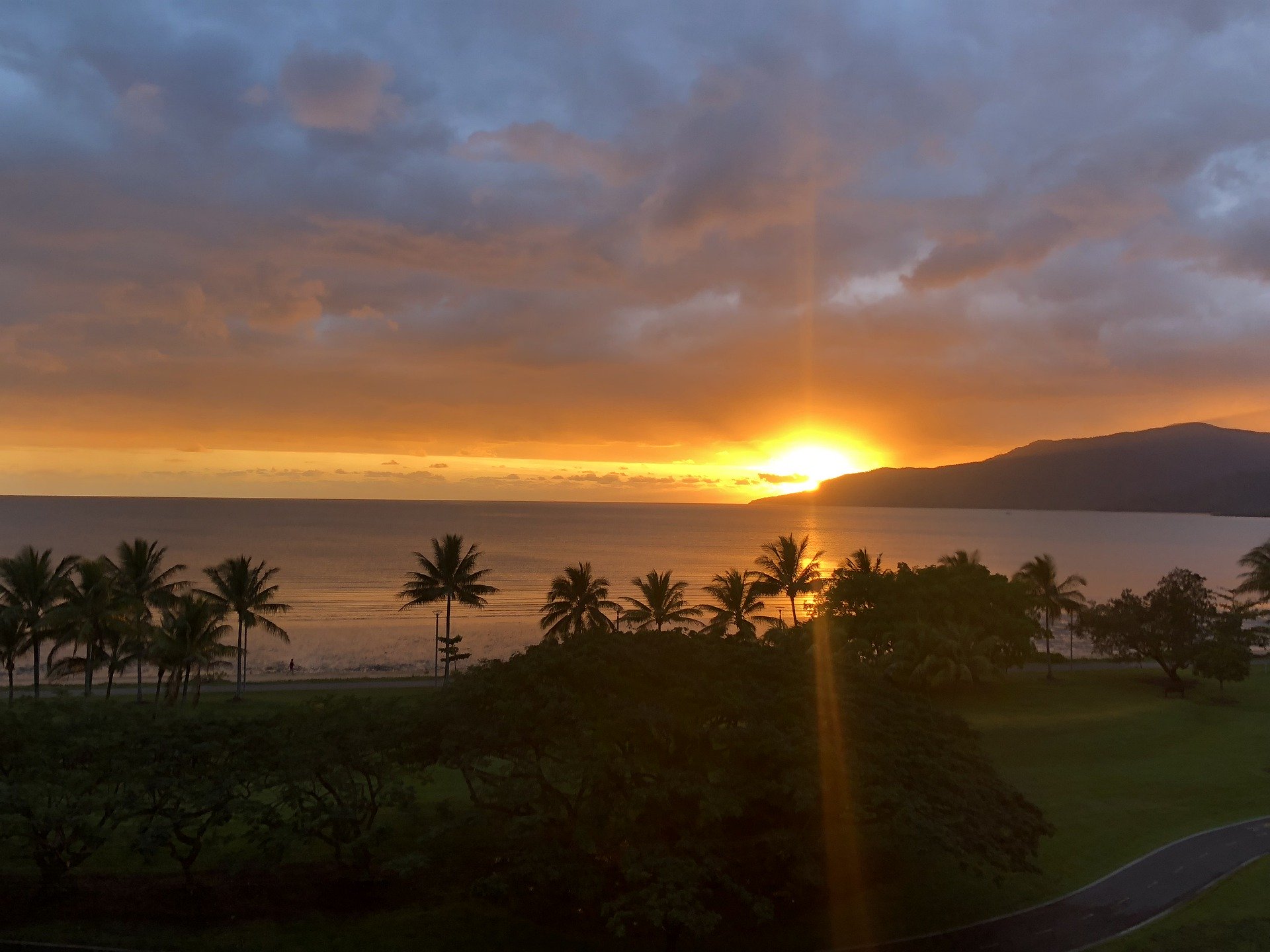 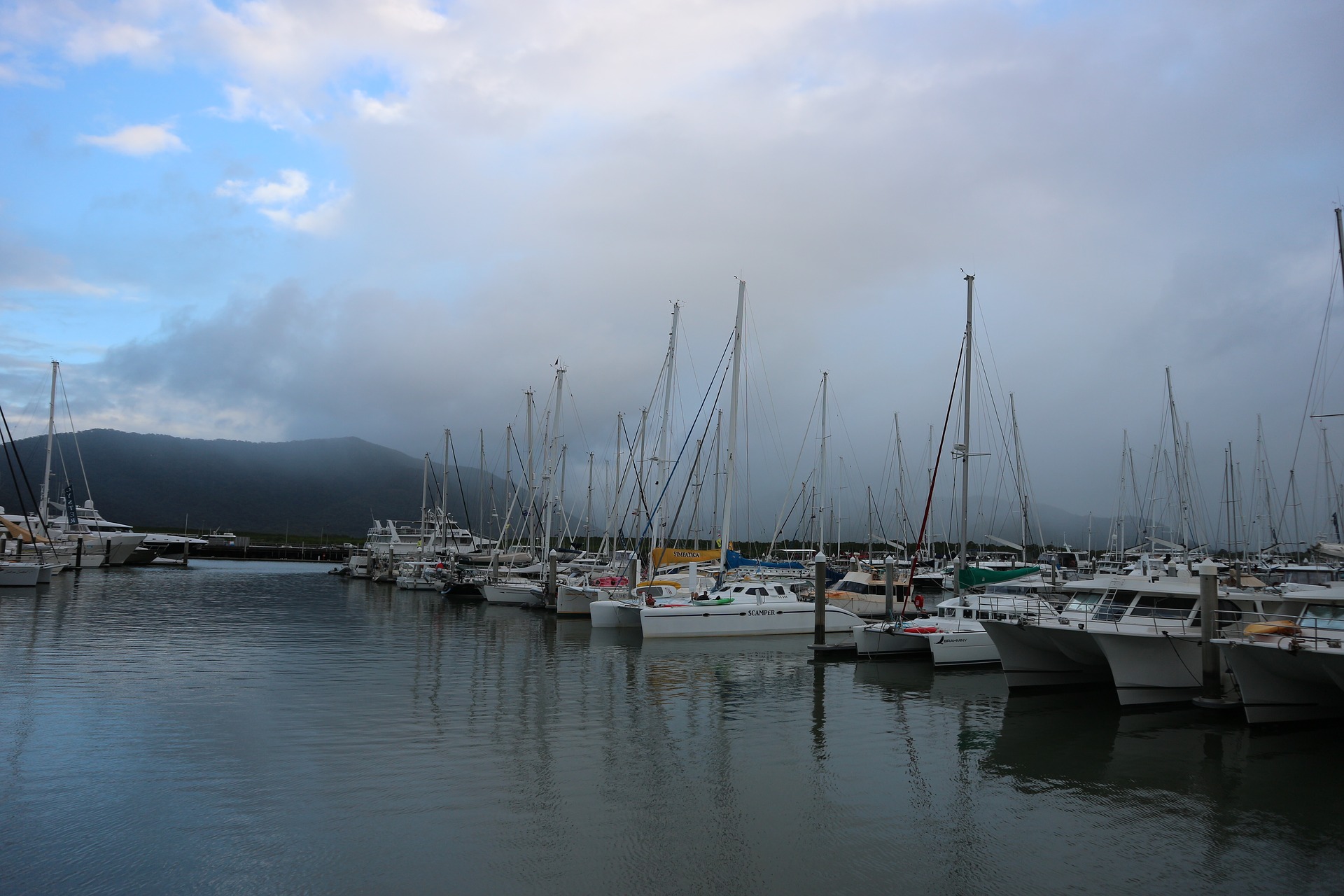 Highlights of Perth Adelaide and Melbourne

Best of Australia with Fiji 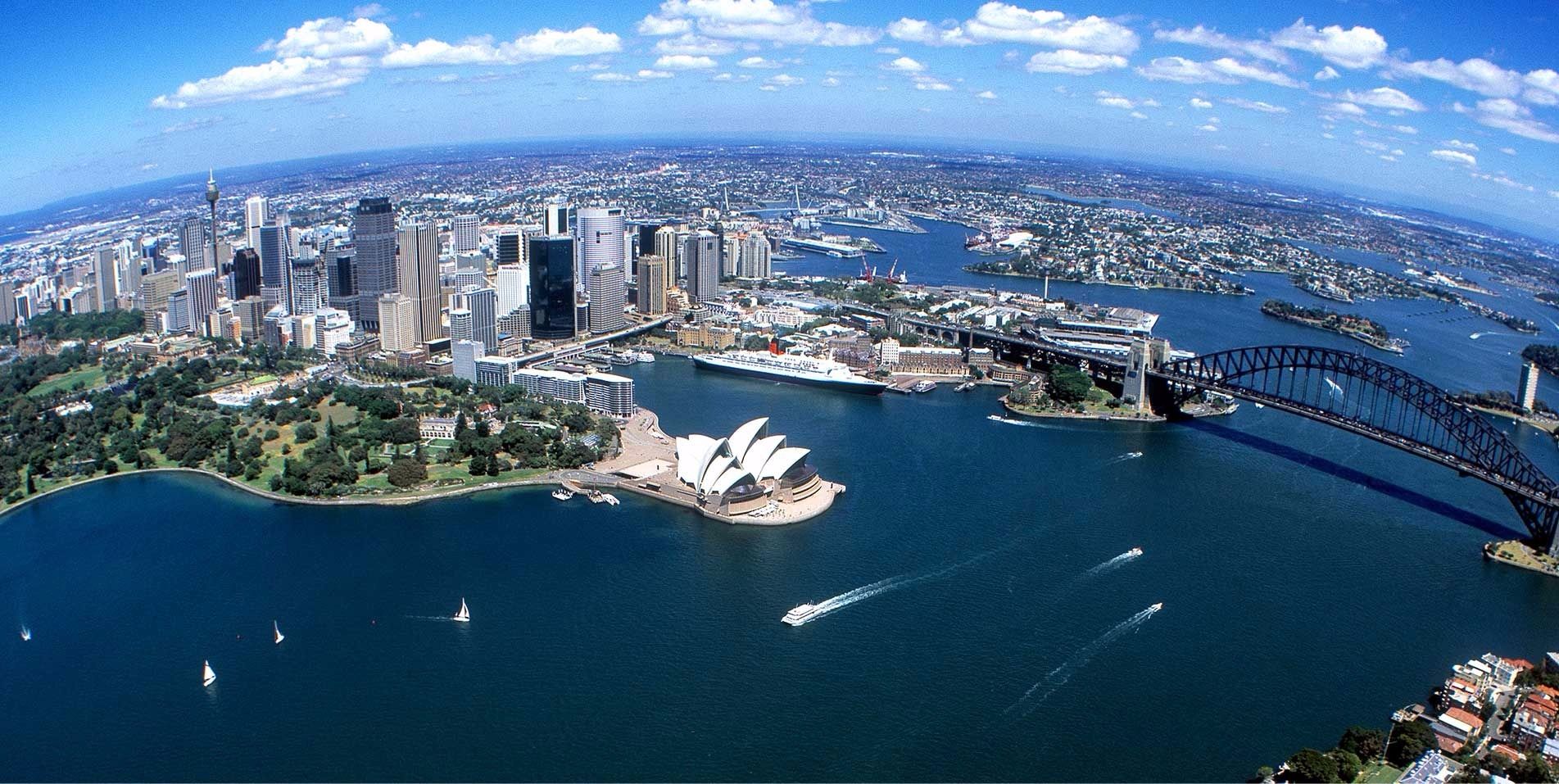 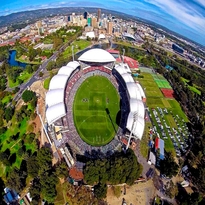 Best of Australia and New Zealand

Luxurious Outback Expedetion with The Ghan