About New Zealand One of the most picturesque destinations on the planet, New Zealand has attracted wide eyed visitors through the ages. One can wrote paeans on this magical nation with its gushing rivers, steaming geysers, rugged mountains, and rolling meadows. With the New Zealand tour packages at Akbar Holidays, experience these and more on a trip of a lifetime. Called the Paradise of the Pacific, New Zealand is a popular with families a Read More

One of the most picturesque destinations on the planet, New Zealand has attracted wide eyed visitors through the ages. One can wrote paeans on this magical nation with its gushing rivers, steaming geysers, rugged mountains, and rolling meadows. With the New Zealand tour packages at Akbar Holidays, experience these and more on a trip of a lifetime.

Called the Paradise of the Pacific, New Zealand is a popular with families as well as couples. New Zealand honeymoon packages are particularly popular especially in the more scenic South Island. The larger of New Zealand’s two islands, the South Island is also the prettier of the two. It is home to some of the most beautiful places to visit in New Zealand such as Mount Cook, Abel Tasman National Park, Marlborough Sounds, Westland National Park and the largest national park in the country, Fiordland National Park.

New Zealand, like the rest of the Southern Hemisphere, experiences weather that is the opposite of that in India. Winter in New Zealand therefore means summer in India and vice versa. So, the best time to visit the nation is in the months of December, January, February, when temperatures are highest.

What to eat in New Zealand

The food in New Zealand is a perfect reflection of its culture. You’ll see some Maori elements, some British flavour and lots and lots of seafood. Some of the best dishes to try in New Zealand are fresh crayfish, hangi, kina, Kiwi burger, and whitebait fritters.

Places to Visit in New Zealand

One of New Zealand’s most popular cities and a favourite among New Zealand family holiday packages, Queenstown is located in the south-west of the country. The resort town is spread on the shores of Lake Wanaka surrounded by mountains such as The Remarkables, Cecil Peak, Queenstown Hill and Walter Peak. The region is particularly famous for adventure sports. Another fantastic draw of the nation is that as an Indian you can use your Indian driving license to drive across New Zealand.

Some of the coolest things to do in New Zealand are skiing and snowboarding, jet boating, white water rafting, bungy jumping, mountain biking, skateboarding, tramping, paragliding, sky diving and fly fishing; all of which can be done in and around Queenstown. Another popular activity found in most New Zealand tour guides is a vineyard tour. The South Island produces some of the finest wine in the world and many vineyards are open to tourists.

Most New Zealand holiday packages begin at Auckland. The largest city in the country, Auckland has a population of 1.4 million people. There is a lot to see and do in the city. Some of the biggest attractions in Auckland include Auckland Art Gallery, Auckland War Memorial, Auckland Zoo and the StarDome Observatory. The best place to enjoy panoramic views of the city is Sky Tower. It so the tallest free standing tower in the Southern Hemisphere and offers views 80km away. The tower has an observation deck and fine dining restaurants that are perfect for taking in the Auckland skyline.

Another great addition to New Zealand tour packages is the capital city, Wellington. It is the second largest city in the country and offers visitors a rich cultural experience. It has lively cafes, galleries, museums, boutiques and bars with a vibrant nightlife and arts scene. The city itself is compact and built on the shores of a picturesque harbour and surrounded by rugged mountains. Contrasting the bustling inner city of Wellington, its outskirts are far more idyllic. Vineyards and wineries are a short drive away and outdoor activities such as hiking, and biking are also popular in the region.

When in Wellington, tourists must visit the city’s museums and galleries. These offer a glimpse into not only Kiwi but Maori culture as well. The biggest attractions in Wellington include Te Papa, the national museum, City Gallery, Futuna Chapel, Elmscourt built in the art deco style, Old Government Buildings, Plimmer’s Ark, and Oriental Parade beach. The city also boasts of several look out points that are nearly always a part of New Zealand holiday packages. Mount Victoria, Mount Kaukau, Massey Memorial and Wrights Hill are lookout points that promise the best views of Wellington. 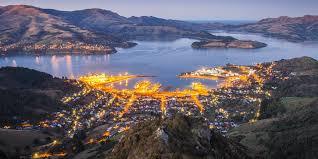 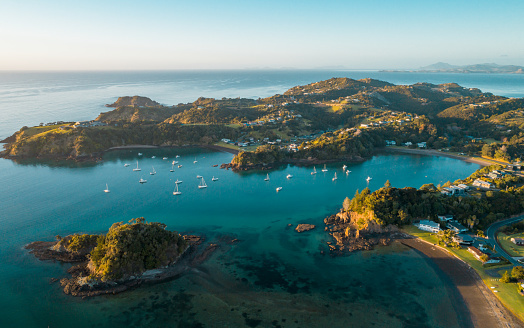