Peak into Kenya Kenya is one of the 54 nations of africa. it is situated on the eastern piece of the mainland, bordering ethiopia, somalia, south sudan, tanzania, uganda, and the indian sea. The country is additionally separated into 47 regions which are administered by chose governors. as toward the start of 2019, the nation's population remained at 52.2 million individuals. The country’s capital and biggest city is Nairobi. The fol Read More

Kenya is one of the 54 nations of africa. it is situated on the eastern piece of the mainland, bordering ethiopia, somalia, south sudan, tanzania, uganda, and the indian sea. The country is additionally separated into 47 regions which are administered by chose governors. as toward the start of 2019, the nation's population remained at 52.2 million individuals. The country’s capital and biggest city is Nairobi. The following biggest city is the coastal town of mombasa, trailed by kisumu city.

One of the best times to visit Kenya is from July to September, during the country’s dry season, which likewise concurs with the Great Migration of wildebeest and zebra. The rainy seasons are likewise acceptable occasions to travel, as there are less guests and you can appreciate the striking emerald vegetation.

Rising to a little more than 17,000 feet (3,800 meters), Mount Kenya is the continents second highest peak. Be that as it may, the summit trails are far less snowy than its blanketed partner (Kilimanjaro) over the border in Tanzania. You'll likely have the mountain all to your own during a trek that regularly ranges five days from beginning to end (with four expedites on the mountain). Consistent with its name, Mount Kenya Safaris offers guided excursions by means of any of the three main routes to the top.

Showing up from the neighboring Serengeti Plains, a great many wildebeest, impala and zebra - and the predators that tail them - roar through Masai Mara National Reserve among July and October during the Great Migration. The spectacle can be seen on game drives, airplane or hot-air balloons, strolling or horseback safaris.

3. Soak up sun, sea and sand at Diani

Named the "Neurotic Express" when it initially opened in 1901 - in light of the fact that it appeared such an insane plan to manufacture a railroad through the African shrub - the unbelievable line was completely modernized in 2017 with fulfillment of a US$2.3-billion dollar overhaul of both the tracks and travelers trains. The Madaraka Express makes the excursion in 4.5 hours with day by day 9 a.m. takeoffs from both Nairobi and Mombasa.

5. Sail the Lamu Archipelago by dhow

A return to the brilliant period of Swahili culture, Lamu island on the north Kenya coast is one of the last incredible stations of customary dhows - lateen-fixed cruising vessels that were previously the principle type of transport between East Africa, India and the Middle East.

6. See Tsavo from the air

Denys Finch Hatton (the Robert Redford character in "Out of Africa") spearheaded the African flying safari with his untamed life seeing biplane trips during the 1920s. His namesake hold up in Tsavo West National Park offers an elevated perspective on Mt Kilimanjaro and the recreation center's orange-dust-shrouded elephants related to Campi Ya Kanzi.

7.Dance the night away in Nairobi

The capital city's grave pioneer club scene has segued into a flourishing present day nightlife world equivalent to any on the landmass. The Westlands neighborhood and close by Waiyaki Way in the city's northwest offer various bars, clubs and mixed drink lounges where an overwhelming mix of local people, expats and guests swallow (and move) the night away.

8. Commune with crocodiles in Lake Turkana

9. Wander with rhinos at Lewa

One of the incredible examples of overcoming adversity of African rhino preservation, Lewa Conservancy in north-focal Kenya has developed its high contrast rhino populace from only 15 out of 1984 to in excess of 150 today.Through a mix of outfitted watches, fencing, innovation, knowledge and communication with nearby networks, Lewa has for all intents and purposes killed rhino poaching.

10. Scuba or snorkel the Indian Ocean

Tucked down at the base finish of the Kenya Coast, Kisite-Mpunguti Marine National Parkprovides a place of refuge for whales, dolphins, ocean turtles, in excess of 250 types of tropical fish, and 56 unique sorts of coral. Scuba and snorkel trips are accessible from Diani, Tiwi and Shimoni. Best among August and March when the ocean is smoother.11. Watch nature's version of 'Pretty in Pink' In excess of 240 flying creature species visit Lake Nakaru in the Great Rift Valley. However, the most photogenic are the pink flamingos that drop upon the lake in herds that occasionally number one to 2,000,000 winged creatures. Rhino and lion are among different natives of the national park that encompasses the lake. Eight campgrounds and upscale Lake Nakuru Lodge gives extravagance settlement along the waterfront.

12. Get licked by a ravenous giraffe

A wooden perception stage brings you truly eye to eye with uncommon and jeopardized Rothschild's giraffes at the AFEW Giraffe Center on the edges of Nairobi. Taking care of them - and getting licked by their long, dark tongues - is a piece of the experience. The haven is likewise home to the opulent Giraffe Manor inn.

Established in the fourteenth century by Swahili rulers, Kenya's large port was later a Portuguese and British pioneer bastion. The Old Town holds its past ways, means and engineering, a warren of thin roads flanked by mosques, cafés and homes with gigantic wooden entryways - sixteenth century Fort Jesus approaching over all.

14. Cycle through the Gates of Hell

Situated around 60 miles (96 kilometers) from Nairobi in the insides of the Great Rift Valley, Hell's Gate is an intense magma cut scene. Lacking hazardous creatures, it's additionally that uncommon African national park where it's sheltered to cycle. Bicycles are accessible for rental inside the recreation center and from sellers outside the principle door.

15. Sleep beneath the stars

Of course, you can camp in Kenya. Be that as it may, why improvise when you can rest in the open air (in extravagance) at the Star Beds safari camp in Loisaba Conservancy. Staffed by nearby Samburu and Masai people groups, the camp highlights four-banner beds that are turned out onto the deck every night on rough outcrop close to a waterhole where elephant and different creatures come to drink.

15 Best Places to Visit in Kenya:

Unique things to buy in Kenya

1. Maasai Beads: Necklaces and wristbands made of globules have a unique importance to the Maasai individuals, who utilize various hues and mixes to represent force, magnificence and love. For instance, red globules represent force and blood (a shading fit for warriors), while green represents ripeness and flourishing (useful for ladies).

2. Kitengela Glass: Kitengela is a craftsmen's locale situated in Nairobi. It is the main network based spot for nearby crippled craftsmans, who produce various glass protests nearby, including enriching creatures, containers, jars and even recolored glass windows. All the glass they use is reused. Situated inverse the Nairobi National Park, Kitengela is a goal in itself.

3. Beaded Bowls: Besides being utilized for pieces of jewelry and other gems, the Maasai additionally use dabs to make bowls, plates and different items used to convey ordinary things. A few puts in will make things to request, so you can get anything - from liners to wine bins. Since each piece is hand-beaded to frame the thing, it can take a long time to complete a huge bowl or beautifying piece.

4. Hand-Carved Wooden Sculptures: Traditional models, for example, the ones portraying "The Great Five" (lion, wild ox, elephant, rhino, and panther) are a decent decision, regardless of the size. Giraffes are a particularly mainstream decision, however they will in general be enormous (some up to 10 feet high), so you would need to design the transportation well ahead of time.

5. Covers: Traditional Maasai covers (otherwise called "Shukkas") are made of either cotton or fleece and are ideal for cozying up on the lounge chair back home or as bed blankets or even excursion covers. To the Maasai individuals, these covers comprise a significant garment, worn hung over the shoulders.

6. Kikois and Khangas: These sarong-like envelops (in male and female structure, individually) are made of vivid woven cotton and can be worn on the sea shore or utilized as a toss or blind at home. Typically made of striped material, khangas are customarily utilized as skirts or by ladies to convey infants as they work. Khangas regularly have a Swahili axiom imprinted on them.

7. Containers: Hand-woven bins (known as kiondos) are a strength of the Akamba ladies, who use them for anything, from conveying food supplies to putting away wood. The containers come in all sizes and on the grounds that they're made of sisal (a customary neighborhood fiber) and cotton strings, they're sturdy yet in addition delicate and simple to pack for the flight home. Kiondos are made totally by hand, and it can take as long as 3 weeks to complete one.

8. Lances: A Maasai skewer has a significant job in the social and strict remaining of a warrior. They are carefully assembled utilizing wood and enhanced with beautiful charms, calfskin straps and cut wood embellishments. The customary Maasai skewer is comprised of three segments: the grasp, the lance head and the metal butt of the head. Every one of the three pieces are held together by solidified wax. 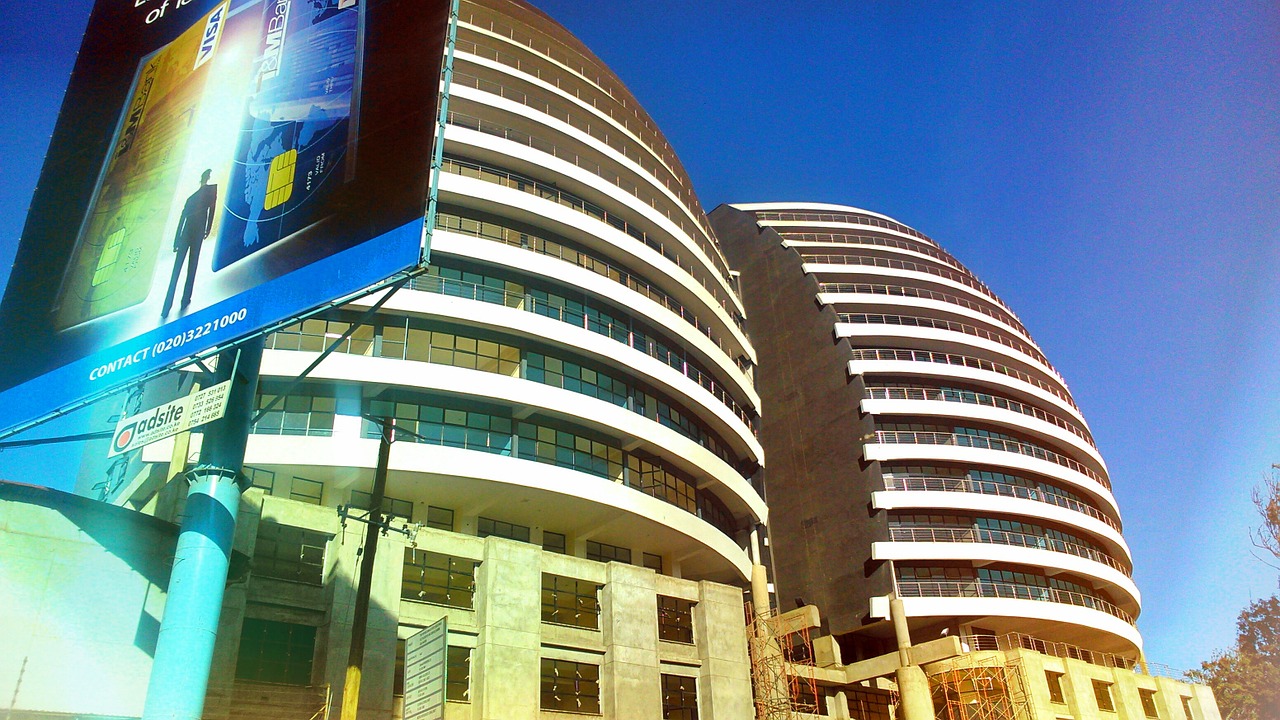 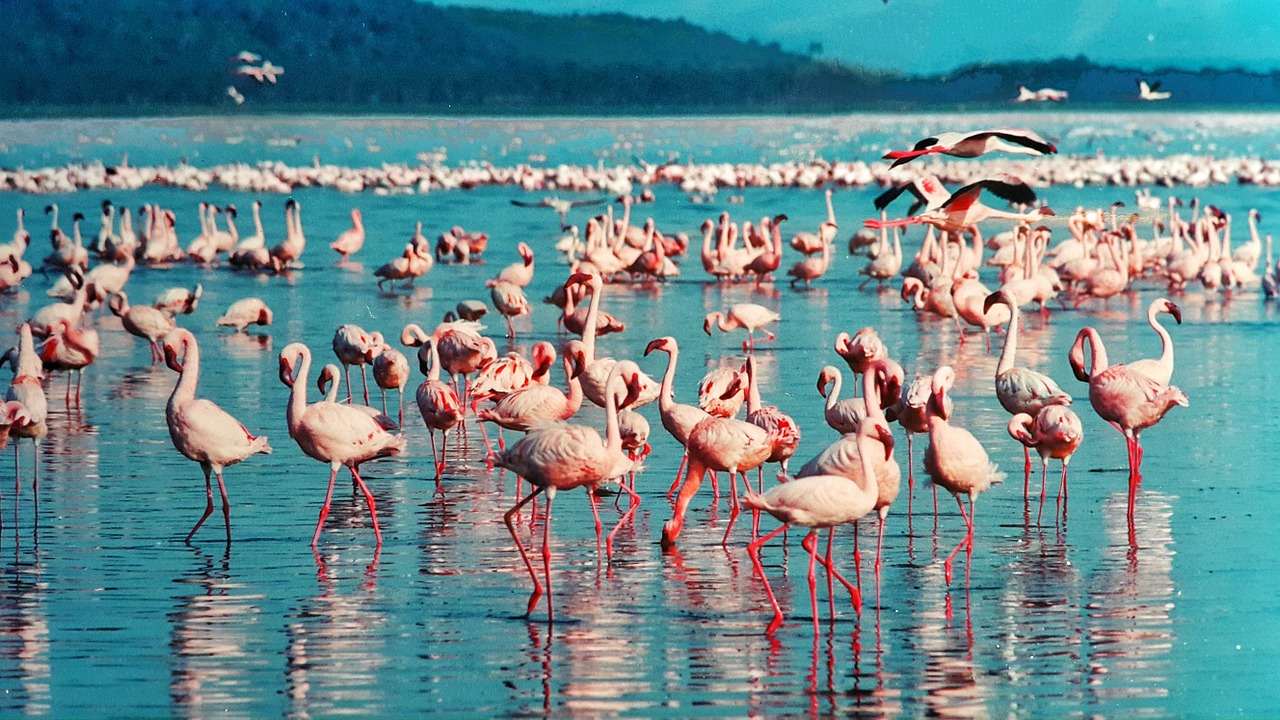