The Pearl of the Indian Ocean, Sri Lanka is an irresistible mix of pristine beaches, colonial heritage, impenetrable forests and magnificent temples.  Enjoy an exciting adventure on the emerald island that includes temple hopping, white water rafting and antique shopping on our Sri Lanka packages. 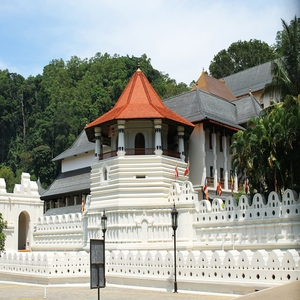 Welcome & assistance at the Airport, Proceed to Kandy via Chilaw 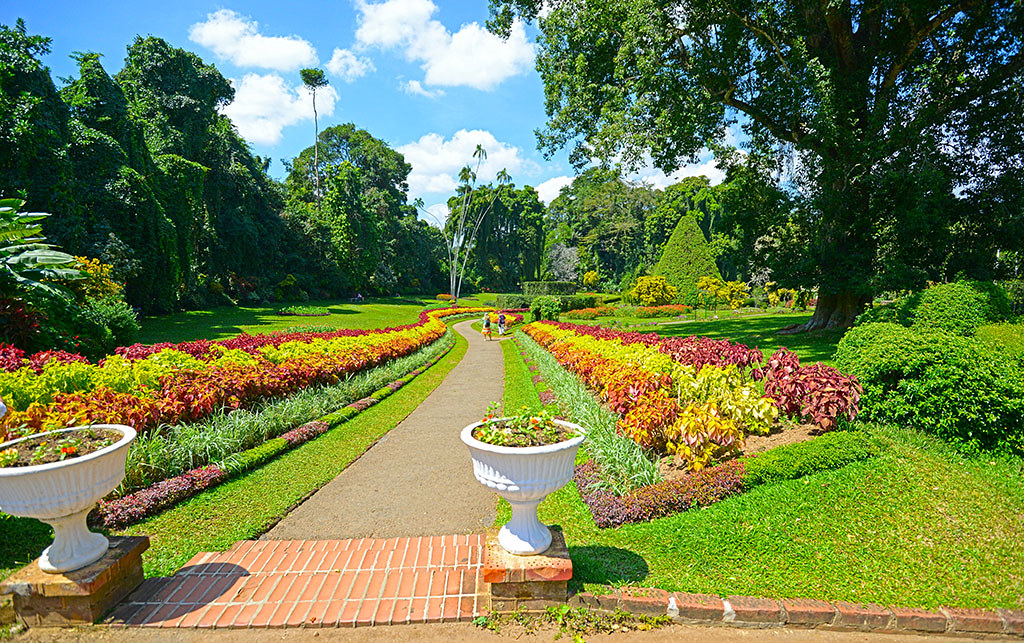 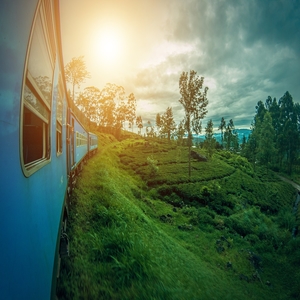 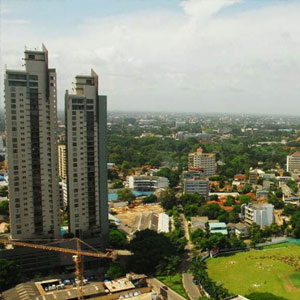 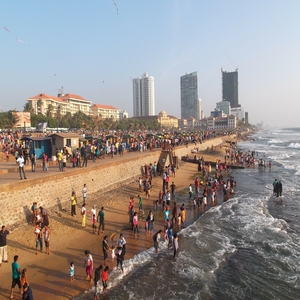 It is believed that Munishwaram predates the Ramayana and a temple dedicated to Lord Shiva was located here. Munishwaram means the first temple for Shiva (Munnu + Easwaran). A Shiva Lingam was already here when Lord Rama visited this place. Lord Rama after his victorious battle left for Ayodhya with Sita in one of King Ravana’s Vimanas. He felt he was being followed by a BramhaasthiDosham (a malevolent black shadow) as he had killed King Ravana who was a Brahmin.When the Vimana was passing over Munishwaram, he felt the Vimana vibrating, and realized the BrahmaastiDosham was not following him at this particular point.He stopped the Vimana at this juncture and asked god Lord Shiva for advice. Lord Shiva blessed Lord Rama and advised installing and praying at four lingams located at Manavari, ThiruKoneshwaram, ThiruKetheshwaram and Rameshwaram in India as the only remedy to get rid of the dosham. The first lingam was installed at Manavari about 5km from here, near the banks of the DeduruOya. At the Manavari Temple ChilawManavari is the first lingam installed and prayed by Rama and till date this lingam is called as RamalingaShivan. Rameshwaram is the only other lingam in world named after Lord Rama.Visit temple of sacred tooth relic in the evening

En route visit Botanical garden,This beautiful flower Eden is restored with over 300 different varieties of orchids, other spices, medicinal plants and Palm trees. Every year more than 1.2 million people are enchanted by the beauty of these 147 acre flower gardens.

Visit Sri Hanman Temple On the way to Nuwaraeliya

Nuwara Eliya (City of Lights), blessed with salubrious climate, breathtaking views of valleys, meadows, mountains and greenery; Surrounded by hills and tea plantations, the town of Nuwara Eliya enjoys spring-like weather throughout the year. It is also known as “LittleEngland”, which was the favorite hill station of the British who tried to create Nuwara Eliya into a typical English Village. The old brick Post office, country house like hill club with its hunting pictures, trophies and strict formal dinner attire; the 18 hole golf course, horse race course, etc., all remind you of “England”.

The Sita Amman Temple can be seen en route to the Hakgala Botanical Gardens. The prominent temple architecture will not fail to attract your attention. Ancient statues of Rama and Sita can be seen on one side of the temple. Divurumpola the temple today is a modern building with its paintings, statues and pillars decorated with sculptures; all depicting the tale of Rama and Sita.Still revered by thousands, this holy haven was the place where Sita performed her Agni Pariksha (proving her chastity) to her husband Rama. Continuing the practice for thousands of years, villagers still pledge their fidelity or take oaths there and even in certain courts, this agreement was binding. This place has been respected and worshipped by people down the ages.Ella is a small mountain village near Bandarawela and boasts three locations linked to the Ramayana where local legend claims Ravana was hiding Sita. First there is the Ravana Ella Cave, located at the massive Ella Falls; a breathtaking 1080 feet high waterfall that cascades into several falls. The rocky undergoes of the waterfall is Khondalite, a kind of limestone which undergoes faster decay as hard gneiss or granite. This has resulted in many caves being formed near the falls. King Ravana is said to have lived in one of the caves above the waterfall. A nearby pool bored out of the rock by the gushing waters is where Sita is said to have bathed Ravana.

Visit Gayathri Peed in the evening

Colombo is the largest city and commercial capital of Sri Lanka. Located on the west coast, it is a busy and vibrant city with a mixture of modern and colonial impressions. Colombo has wildly varying architecture that span centuries and depict various styles. Many colonial buildings influenced by the Portuguese, Dutch and British exist alongside structures built in Buddhist, Hindu, Islamic, Indian and Contemporary architectural styles. No other place is this more evident in the heart of the city the Fort area. Colombo also boasts many shopping malls and department stores that offer brand name clothing at highly discounted prices. Therefore, it has become an important shopping destination among tourists. While on your city tour in Colombo you may visit famous places including Galle Face Green, the Viharamahadevi Park, National Museum, Twin World Trade Center towers, Old Parliament Building, Fort district, Independence Hall at Independence Square, and prominent Buddhist, Hindu, Islam and Christian places of worship.(Entrance fees to sites not included). For shopping, you may visit Odel, House of Fashion, Beverly Street, Majestic City, Noritake, etc.After King Ravana's death, Vibeeshana was coroneted as King of Lanka by Lakshmana at Kelaniya. There are murals enshrined outside the Buddhist temple depicting the crowning of Vibeeshana.Dinner & overnight stay in Colombo

Transfer from Colombo to Airport for Departure