Bhutan, the land of Thunder Dragon—Druk Yul, is a small Buddhist kingdom hidden in the folds of the great Himalayas and nestled between two large nations, China and India. A magical mountain kingdom, it is known as the happiest place on earth and with good reason. Its picturesque landscapes, historic fortresses and serene temples make Bhutan the closest thing to paradise. Visit this fascinating land of towering peaks, verdant valleys and cheerful people with Akbar Holidays. 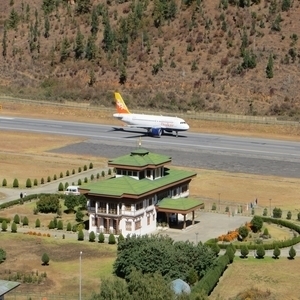 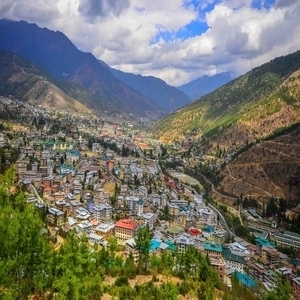 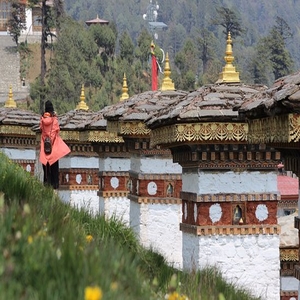 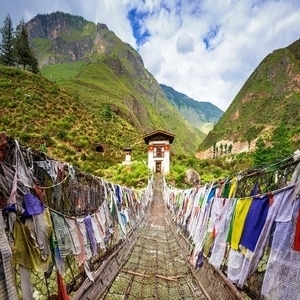 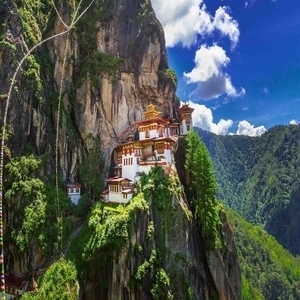 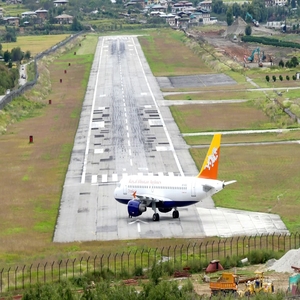 After breakfast you would be taken for tour of Thimphu City. You would be visiting Kuensel Phodrang, the gigantic Buddha Dordenma Statue located atop a hill offering magnificent view of Thimphu Town; National Memorial Chorten, a Stupa built in 1974 to honour the third King,Jigme Dorji Wangchuck circumambulated by people offering prayers; Folk Heritage Museum, traditional house giving an insight to the Bhutanese lifestyle and artefacts from the rural households; Changangkha Lhakhang, one of the oldest temple in Thimphu and Motithang Takin Reserve, a wildlife reserve centre for Takin, the national animal of Bhutan. In the evening visit Tashichho Dzong, Fortress of the Glorious Religion. This impressive fortress houses some ministries, His Majesty’s secretariat, and the central monk body. Overnight at the hotel in Thimphu.

After breakfast, you will be driven to Punakha, the former capital of Bhutan. On the way, stop at Immigration Check Point in Hongtsho Village to get the permit stamped which is to be returned in your return journey. Later halt at Dochula Pass, situated at an altitude of 3,100 mts. From here on a clear sunny day, you get a magnificent view of the Himalayas. The landmarks around the pass includes 108 Druk Wangyal Stupas built under the patronage of Queen Ashi Dorji Wangmo Wangchuk. Continue your drive to Punakha / Wangdue. On arrival in Punakha visit Punakha Dzong, one of the most beautiful dzongs of Bhutan located at the confluence of Mo Chhu and Po Chhu Rivers built in 1637 by Shabdrung Ngawang Namgyal and Chimi Lhakhang also known as “The Temple of Fertility” built by Lama Drukpa Kuenley, "Devine Mad Man". It is a short hike of around 30 - 45 minutes. Later check in at the hotel. Evening is free for leisure. Overnight at the hotel in Punakha / Wangdue.

After breakfast, you would be driven to Paro. On the way, stop at Immigration Check Point in Hongtsho Village to return the permit which was stamped earlier. Enroute stop at Tamchog Lhakhang, situated between Thimphu and Paro built in the 13th century by Thangthong Gyalpo also known as the Iron bridge builder. Continue your drive to Paro. On arrival at Paro visit Ta Dzong, an ancient watch tower overlooking Rimpung Dzong built in 1951 now converted into national museum; Nemi Zam Bridge, also know as Nya Mey Zam Bridge is a traditional covered cantilever bridge connecting the Paro town to the Dzong and Kyichu Lakhang, one of the oldest and most sacred temples of Bhutan. Later check in at the hotel. Evening free for leisure.Overnight at the hotel in Paro.