Practical tips for Sikkim On your Sikkim trip, we would suggest a minimum of one week, but if you have more days, it’s better. Before we go into details, let’s me share some practical details first: The nearest airport is Pakyong Airport, which is located near Gangtok. Sikkim's roads are in terrible condition, and landslides are a common occurrence during the rainy season. Keep this in mind while planning anything - Mot Read More

On your Sikkim trip, we would suggest a minimum of one week, but if you have more days, it’s better. Before we go into details, let’s me share some practical details first:

How to Spend your Time in Sikkim:

On your Sikkim trip, if you’ve chosen among our sikkim tour packages, sikkim packages, sikkim tour plan, north sikkim tour package, sikkim holiday packages, sikkim travel package or sikkim trip package, you will arrive at Pakyong Airport and take a taxi to Gangtok. By the time you get to the capital city, you will be fatigued from the travel and will simply want to relax. However, you might take a short detour to enjoy the magnificent Teesta river, which is certainly a sight to behold. If you have the energy, go to the MG Marg, where everyone from the city congregates. It has cafés and a few bookshops, which is wonderful. Alternatively, go to the spa and get a wonderful, lengthy massage, and you'll be as fresh as a daisy the next day.

Because you will be exhausted after the previous day's travel, we recommend seeing Nathu La in the early part of the day and then spending the second half of the day touring Gangtok. Nathu La is a famous mountain pass that was part of the old silk road connecting China and India. During the Indo-China conflict of 1962, it was closed and reopened during the rule of late Atal Bihari Vajpayee. It is now both a pass for cars transporting commodities between the two nations (supposedly, Parle G is one of the most coveted Indian products in China) and a destination for Indian visitors. To be honest, there isn't much to see (besides a sneak peek into China and some pretty hideous Chinese architecture) but the road-trip from Gangtok is beautiful. If you are traveling during tourist season make sure you go early and get a pass else you can be stuck in the traffic for a long time!

Make a stop at the beautiful Tsomgo (or Changu) lake on your way there or back. Soak a walk around the beautiful lake and take in the scenery. If you travel in the winter, the entire region is blanketed in snow, and the scenery is breathtaking! Stop at the Bakthang waterfalls on the way back to Gangtok. There are numerous tea vendors there as well, so you might be able to get a hot cup of chai as well. If you didn't go to the MG Marg the day before, go today. Have a cup of coffee and a late lunch there (we recommend The Coffee Shop), and then go to Rachna Book Store if you prefer books. to enjoy the sunset head over to Denzong Regency hotel - make sure you reach a little in advance so that you can have some chai and then watch the sun go down.

As you may have guessed, this excursion will not provide you with much opportunity to rest. So, if you want to be more relaxed here, we recommend staying another day in Gangtok and simply enjoying the city. Walk about the neighborhoods, speak to the residents, go watch a football match (it's a true obsession here), sip local tea and eat local food (not only in the hotel), and perhaps have a massage.

Where to stay in Gangtok?

On your Sikkim trip in Gangtok, The Elgin Nor-Khill is a great location to stay, and we highly recommend it. It's a historic hotel, and it lives up to the billing. The only disadvantage is that the view from the room isn't spectacular. If you desire a view, stay at Denzong Regency, which offers a beautiful view of both the city and the mountains.

If you are departing Gangtok, we recommend that you leave very early in the morning. Request a packed breakfast from your accommodation and enjoy it when you visit Rumtek Monastery, one of the most well-known in the state. It's a beautiful monastery, but its tale is much more intriguing. It is now better renowned for the controversy that has surrounded it.

Let's go over some history to have a better understanding of the 'Rumtek debate.' Karma Kagyu is one of four major schools of Tibetan Buddhism. The Dalai Lama is also the head of a school, although he is universally regarded as the highest leader. Karmapa is the name given to the leader of the Karma Kagyu tradition. In any case, when China invaded Tibet in 1959, the Dalai Lama fled to India via Tezpur (Assam). Along with him, the 16th Karmapa fled to Sikkim, where he established his monastery at the Rumtek Monastery, which was then in ruins.

When a Karmapa dies, he leaves a secret message to his followers informing them of his rebirth. Some think that this secret text was tampered with, and that after his death, two new Karmapas arose, each claiming to be his reincarnation. Even now, both continue to stake their claim to the throne. More controversy erupted when one of the Karmapas was suspected of spying for China. The Indian government barred any of the two parties from taking over the Rumtek Monastery because to the controversy and occasionally violent battles between them.

As a result, the monastery has been without a leader since the 16th Karmapa. A large army bandobast is present to prevent any of the Karmapas from establishing themselves at Rumtek. The Indian government's position on the Karmapa isn't quite clear, and we've done our best throughout the years to merely preserve the status quo. You could easily spend an entire day learning about the area and immersing yourself in the local culture. If you don't have the time, go on to Pelling.

Then visit the Temi Tea Garden. Tea isn't something most people associate with Sikkim, but believe it or not, Sikkim also produces its own tea and is rather well-known for it! But the history of tea in Sikkim isn't that long - stick around and you'll discover something new today.

Tea arrived in what is now known as Sikkim only in the 1960s, although even that has a strong China link. When China invaded Tibet in 1959, India took in hundreds of thousands of refugees (imagine that occurring in modern India), and many of them were relocated in Sikkim. There was suddenly a vast workforce but no job, which is usually a formula for catastrophe. So the monarch of Sikkim (which was not yet a part of India at the time) decided to establish a tea plantation to give employment, and Temi Tea Garden was born! It is a pretty big tea plantation, and much of the tea produced here is exported. If you're lucky, you might be able to enjoy a drink as well.

You may also stop at Ravangla, which includes a massive golden Buddha statue against a mountain backdrop. It's a breathtaking view. Finally, before arriving in Pelling, halt at a rice terrace field. Take as many photos as you like.

Where to stay in Pelling?

On your Sikkim trip, note that pelling is a little but attractive town that is also quite popular with visitors, therefore there are more hotels than dwellings, as well as hotels for various budgets. If you're on a tight budget, we recommend strolling along the town's main street and finding a hotel there. The Elgin Mount Pandim, on the other hand, is a site we would suggest. It's a heritage luxury house with a stunning view of the magnificent Kanchenjunga mountain. However, you’ve nothing to worry about if you’ve booked our deals of sikkim tour packages, sikkim packages, sikkim tour plan, north sikkim tour package, sikkim holiday packages, sikkim travel package or sikkim trip package. As at AkbarTravels, you can choose whichever package best suits you needs and budget for a worry-free trip!

Begin your day with a cup of chai in the hotel's gorgeous rear garden (Elgin) before heading out to Khecheopalri Lake. It's a sacred lake, and you may get there by taking a short stroll through the forest once you park your car. Arrive early in the morning to experience the most serene portion of your journey - only the sounds of nature and the rustling of prayer flags. You may also stop at the Rimbi Falls, which are on the road and worth visiting. You can't swim here during or just after the monsoon since the water is too powerful, but you may get near to it.

After lunch at the hotel or a local restaurant, proceed to one of the most important monasteries in Sikkim's history - Pemayangtse monastery. It's actually quite near to the Elgin hotel, and you can even walk there. Later in the day, explore the town by strolling around the local market, mingling with the residents, or simply relaxing in the rear garden with a cup of chai or a local beer.

Then go to Darjeeling! When you arrive in Darjeeling, check into your accommodation and proceed to Mall Road for a brief tour of the city. Did you know that Darjeeling was previously a part of Sikkim before being lent to the British? When India attained independence, the King of Sikkim wrote to the Government of India (GOI) demanding that their territory be returned to them. Darjeeling is still closer to Sikkim in terms of language, culture, and people. In fact, when asked if Sikkim wanted Darjeeling back, they said no because they were concerned about the problems the region would bring!

Where to stay in Darjeeling?

On your Sikkim trip, note that you may stay at The Elgin in Darjeeling, another heritage home that, like the others in Gangtok and Pelling, I can confidently suggest. The view of the city from your hotel would be truly breathtaking, so if you stay here, request a room with a view of the valley. You can enjoy the city thoroughly and then come back to the Hotel for a good night’s sleep. However, you’ve nothing to worry about if you’ve booked our deals of sikkim tour packages, sikkim packages, sikkim tour plan, north sikkim tour package, sikkim holiday packages, sikkim travel package or sikkim trip package. As at AkbarTravels, you can choose whichever package best suits you needs and budget for a worry-free trip!

On the final day, leave for the airport according to your departure schedule! We know it will be difficult to say goodbye to this gorgeous location, but you must definitely plan to return to discover additional off-the-beaten-path pathways! 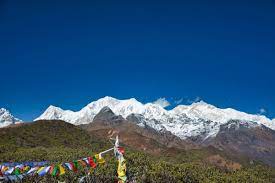 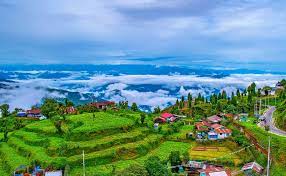 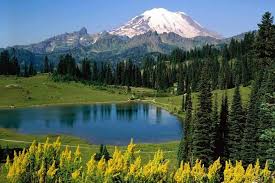 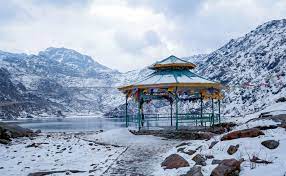 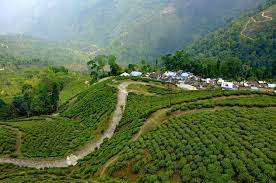 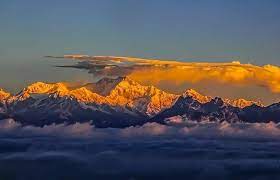 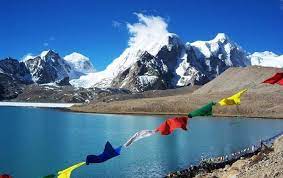