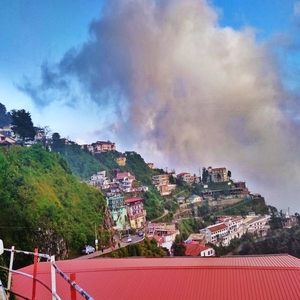 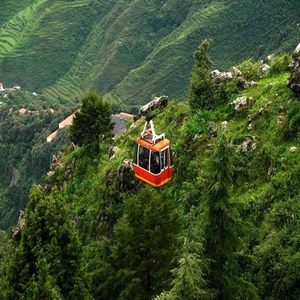 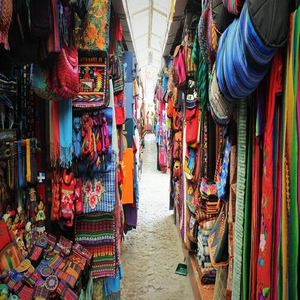 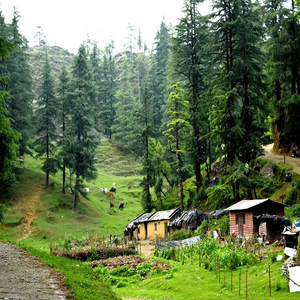 Morning on arrival at the Airport / Railway Station & drive to Mussoorie, on arrival Mussoorie check in Hotel. Evening visit local market on own. Dinner & Overnight at Mussoorie.

Today post breakfast visit the local sightseeing places. Overnight Stay Mussoorie :- Commence your city tour with Gun Hill, a curious flat-topped hill is the second highest peak of Mussoorie. You can reach it on foot or on a pony by a bridle path from the Mall.Alternatively a 400 metre ropeway takes you up to the hilltop on a scintillating journey with great views. From the hilltop you get to see some of the more prominent peaks including Banderpunch, Srikanth, Pithwara and the Gangotri group. In colonial times, a gun placed on the summit used to fire at mid-day for locals to adjust their watches.

Visit the Camel's Back road, a 3-km road encircling the base of Gun Hill is also a good place to view the breathtaking Himalayan sunset. Named after a nearby rock formation that looks like a camel's back, a walk or pony ride along this road yields the sights of Snow Mountains.

Later visit Clouds End, the English chateau built in 1838 and one of the first buildings to come up in Mussoorie is tucked away about 8 kms from the Library. Now converted into a holiday resort, the house is surrounded by dense forests and views of snow peaks and the River Yamuna.

Evening a stroll on the Mall road for souvenir shopping. Dinner & Overnight at Mussoorie.

Post breakfast visit Childer's Lodge, the highest point in the area. Reached by foot or on ponies,the summit offers great views of snow peaks. Later try skating at the skating rink at Kulri Bazaar,built in an old British theatre. Visit Kempty Falls, 15 kms from Mussoorie on the new road to Yamunotri. A bath in the pool at the foot of the falls is a must-do for tourists thronging the spot.Steps lead down to the pool around which tea stalls, shops selling towels and bathing suits have come up. Evening free to explore the Mall. Dinner & Overnight at Mussoorie.

Today after Breakfast get transferred to Delhi for onward journey.