Your browser is out of date.
It has known security flaws and may not display all features of this and other websites. Learn how to update your browser
1951980(2)-3.230.142.168,     aqdcjb3ypeghfrwu3f21nzjj
My Account
Sign In
New here? Register
Flight Booking » Chennai Colombo Flights

Fly from the metropolitan city of Chennai, to the spectacular city of Colombo, only on the best Chennai to Colombo flights. Check out our affordable rates on international flight bookings, only with us. Get complete details on your flight schedule, status and low cost airlines for your Chennai Colombo flights.

If you are planning to travel from Chennai to Colombo, then you should visit www.akbartravels.com which is India’s leading travel website. It will help you in comparing, finding and booking cheap Chennai to Colombo flight tickets.

A commercial hub and capital of Tamil Nadu, Chennai is a city that is exciting in every way. It is a famous commercial, economic and educational center in India. There are several leading airlines which serve the city such as SriLankan Airlines, Druk Air, Emirates, Oman Air, Kingfisher, and many others. These airlines provide direct services to major cities such as Mumbai, Delhi, Kolkata, Bengaluru, and many others. Chennai International Airport is situated at a distance of 7 kilometers from the main city center.

Situated in the southern hemisphere, Chennai experiences an extreme climate in summer and cool climate from December to February, making it a perfect time to fly to Chennai. This lively, diverse city is home to a variety of historical landmarks, museums and art galleries. Be its stunning beaches, architectural marvels or gorgeous temples, Chennai has it all! This city has numerous restaurants offering a large spread of varied cuisines and is famous for its scrumptious Chettinad cuisine. When shopping in Chennai, you can choose from exclusive specialties of traditional arts and crafts and a huge selection of wooden carvings.

With over 30 international flights to and from Chennai to numerous destinations, Chennai is a major hub for travelers. The Anna International Airport is a good entry and exit point as many airlines operate flights in and out from here. Some of the famous places to visit in Chennai are Kapaleeshwarar Temple, Fort St. George, Guindy National Park, Arignar Anna Zoological Park, Thiruvalluvar Nagar Beach etc.

Colombo, the capital city of Sri Lanka is also the largest town in the island country of Sri Lanka. For a long period, Colombo was just an unexciting, inevitable and sometimes unsafe, tourist destination in the world. In recent years, however, Colombo has modernized itself as a popular tourist hotspot offering many cultural, ancient and nightlife attractions. Situated on the west coast, Colombo is the most densely populated city on the island and is home to some 2 million people. The city is made on a natural harbor, strategically located along the ancient East-West sea trade routes. The city is a vibrating mix of old and new, with a central cluster of high-rise office blocks and hotels. On its swarming streets stand places of worship, symbolic of Sri Lanka‘s multiethnic heritage, graceful Buddhist viharas along with Muslim mosques with minarets scattered along Colombo’s streets. During daytime, the city’s vibrant lane markets, churches, museums, galleries, colonial-era buildings, and the lovely Viharamahadevi Park with it beautiful trees makes it a great place to explore on foot.

2. Which is the best month to travel to Colombo?
Colombo is a year-round destination and can be visited any time of the year. Apart from the heavy monsoons, which generally last between June andSeptember, the weather is pleasant for most of the year.

5. What are the currency of Colombo and its approximate conversion rate?
The currency used in Colombo is the Sri Lankan Rupee (LKR). 1 Indian Rupee (INR) = 2.36008 (LKR)

2. How many weekly flights are there from Chennai to Colombo?
There is a total of about 195 flights a week.

3. At what time does the first flight leave from the Chennai to Colombo?
The earliest flight leaving for Colombo from Chennai is at 4.15 AM, Jet Airways 9W 277.

City of cinnamon: Since ancient times, Sri Lanka was known for its cinnamon.The country still produces 80 to 90 percent of the world supply ofC.verumcinnamon. 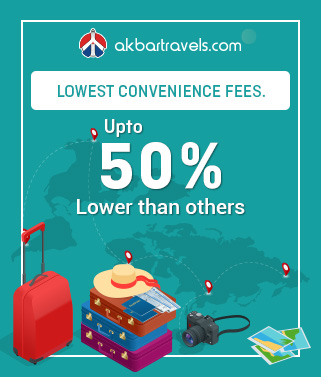